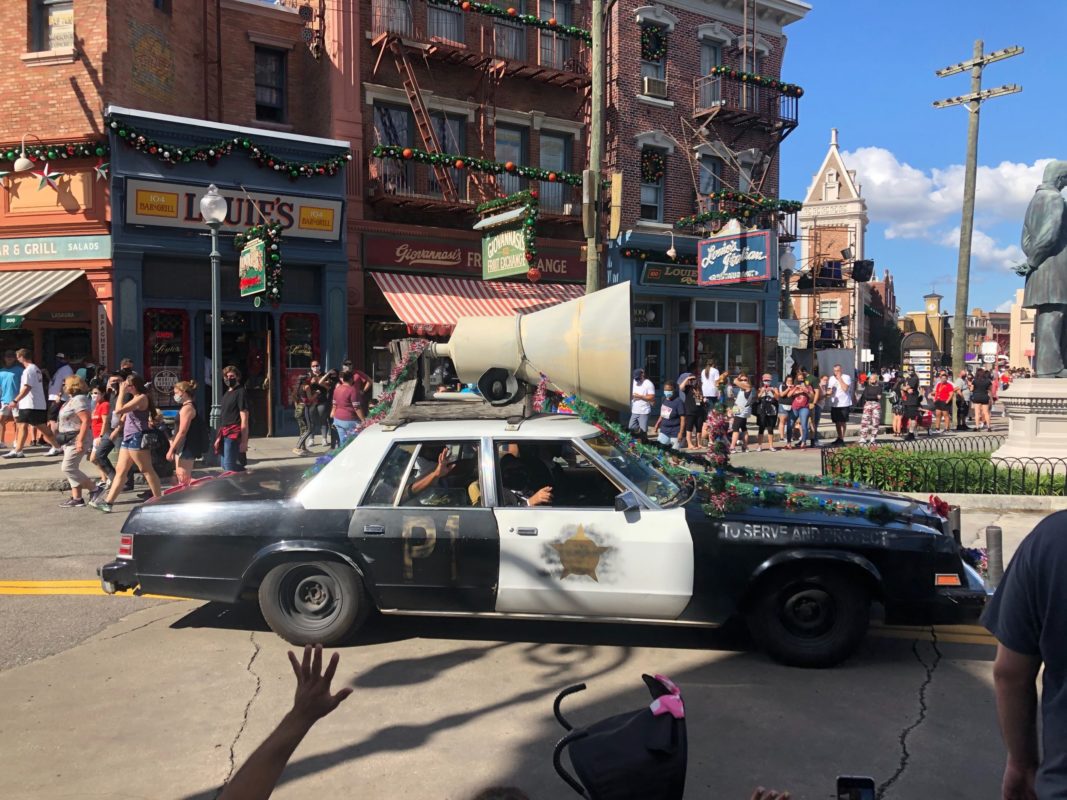 Welcome to another crazy day at the Universal Orlando Resort. The Thanksgiving Day crowds yesterday weren’t too bad, so we were really anticipating a crazy Friday morning. As we arrived to the resort, it was surprisingly calm going through temperature check and security. It looks like everyone is sleeping in today.

There were crowds around the parks in the morning, but not like we expected. It was a really calm morning, aside from the crowds in Hogsmeade around Hagrid’s Magical Creatures Motorbike Adventure.

There was a steady stream of guests entering the park as we were making our way out towards CityWalk to walk over to Universal Studios Florida.

We made our way over to the other park and it seemed to be getting a little busier, but still lower crowds than we expected.

We decided to stop an have lunch at Fast Food Boulevard in Springfield and grab a Krusty Burger and Groovy Grove Juice.

After lunch, we walked outside to see crowds everywhere. Where did everyone come from?

The parks hit capacity around noon.

Outside the parks, there were standby lines for guests hoping to get in the parks when they were no longer at capacity. Guests who entered a park before it hits capacity are free to come and go from the park they’ve already entered. If you’ve been in both parks before they hit capacity, you can leave and re-enter both without any hassle. So, we were lucky that we had been to both Islands of Adventure and Universal Studios Florida before they hit capacity and we were able to walk between parks. Guests who are in one park but hoping to park hop after capacity will need to take the Hogwarts Express. Or you may get lucky and find the backstage walkway open, but lately we’ve found it only open one-way from Islands of Adventure to Universal Studios Florida. The entrance for this path is in Seuss Landing and exits by Despicable Me Minion Mayhem. If you’re not a hotel guest or re-entering, there is a standby line available.

There were two extremely long standby lines that wrapped back and forth in CityWalk. One queue was for Islands of Adventure and one was for Universal Studios Florida. This does not look like fun, so we would encourage you to head over to the parks early in the morning to avoid sitting in the sun all afternoon.

That’s all for this visit to the Universal Orlando Resort, but be sure to stay tuned to Universal Parks News Today for all the latest updates.