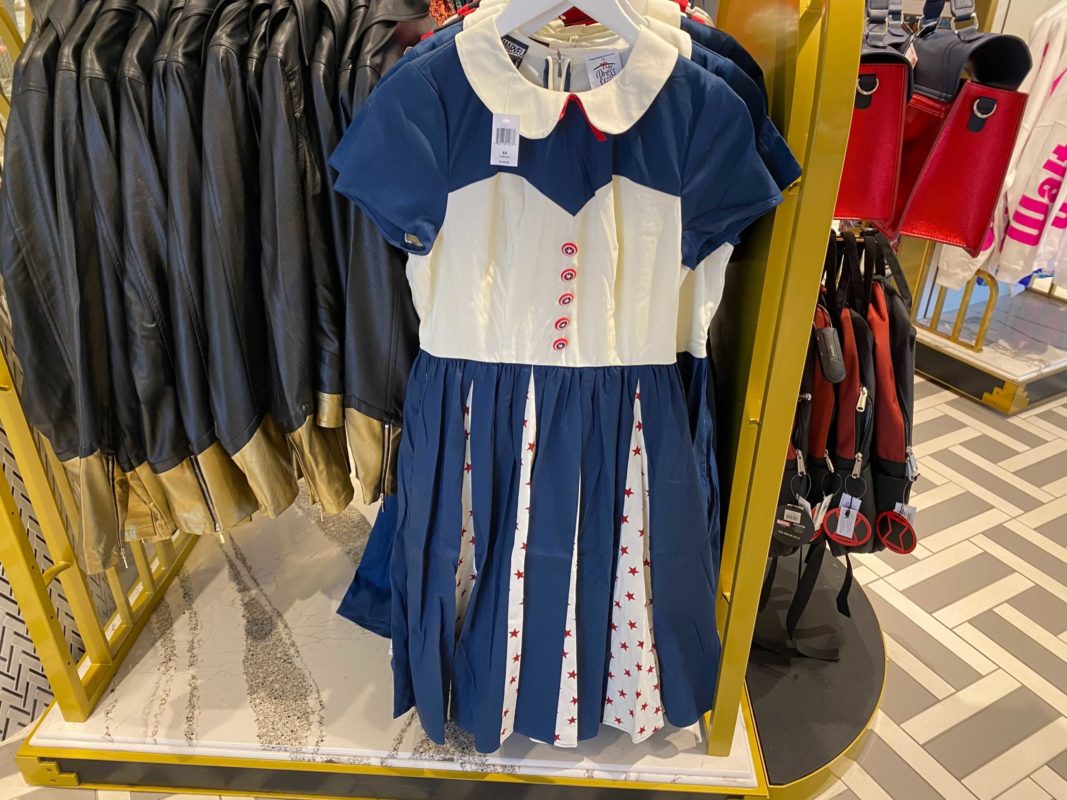 Avengers fans can add a new dress from The Dress Shop to their collection. Black Widow no longer has to go it alone, as Captain America has joined the fashion fight. We found the new Captain America dress at Walt Disney World.

The dress has a red, white, and blue color scheme. The pleats feature red stars on a white background.

The buttons are tiny versions of Cap’s shield. These are embroidered, not vibranium.

The back is unadorned, with the exception of the pleat contrast.

We found this dress at Legends of Hollywood/Majestic Theater in Disney’s Hollywood Studios, but it’s also available at Disney Springs. The Captain America dress by The Dress Shop joins other recent dress releases, including a holiday snowflake castle dress and a Chef Remy dress.

What Marvel character should inspire the next new dress? Share your thoughts in the comments.