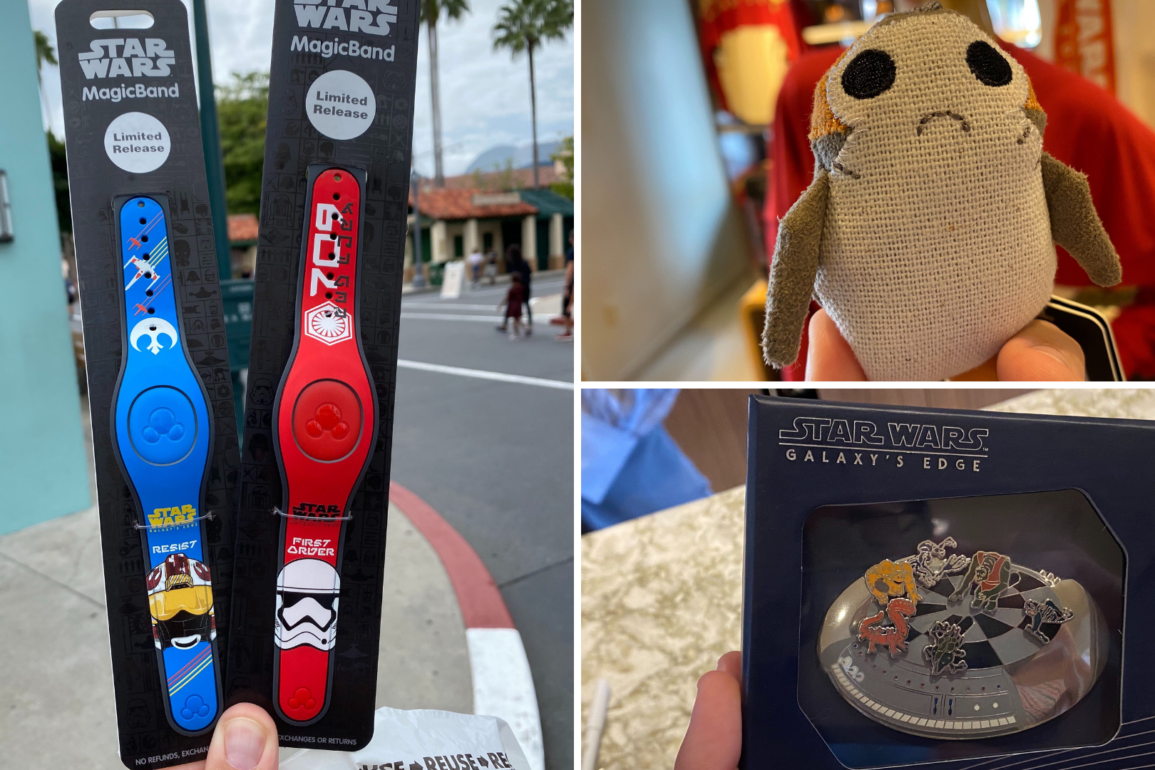 We also found this pin at Disneyland Resort last week.

Choose between the Resistance and the First Order (or choose both, like us) with these new MagicBands.

The First Order band is an all-over red, features the Star Wars: Galaxy’s Edge logo, and additional First Order imagery, such as the helmet of a Stormtrooper.

The Resistance band is blue, with X-Wings flying by and leaving stripes of red and yellow behind. The Star Wars: Galaxy’s Edge logo is a matching yellow, with a white Rebel alliance symbol found on one half of the band, and a rebel helmet on the other half.

Will your align yourself with the Resistance or the First Order? Let us know in the comments below.

Next
REVIEW: Hot Butterbeer Returns to The Wizarding World of Harry Potter at Universal Orlando Resort