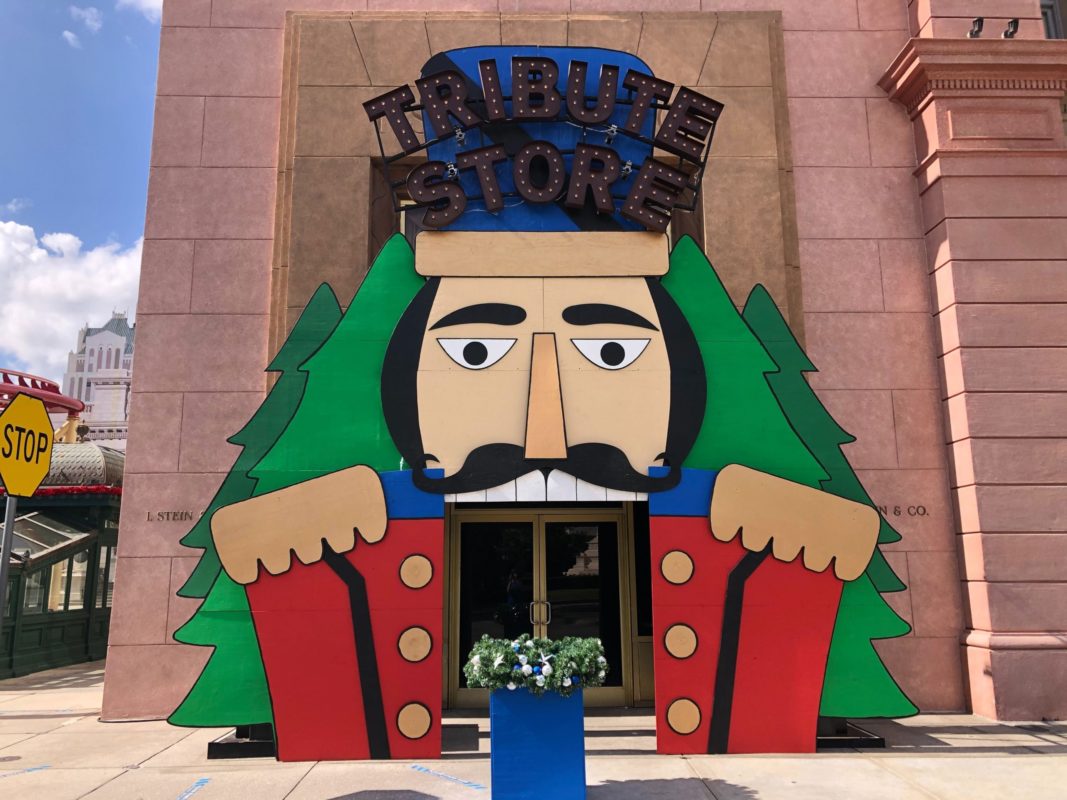 The Halloween Horror Nights Tribute Store is no more, but Universal Studios Florida is replacing it with the park’s first-ever Christmas Tribute Store!

The facade of the Christmas Tribute Store is a giant nutcracker, with his mouth open wide for guests to walk through. Behind him are pine trees, and his hat holds the Tribute Store marquee. With the success of the Halloween Horror Nights Tribute Store, it should come as no surprise that it’s worth keeping this special store-turned-walkthrough-attraction open for the holiday season.

The box in front is now blue with a wreath on top of it. And of course, there are social distancing markers. No official opening date has been released for the store, but we’ll keep you in the know as soon as it begins welcoming guests!

The rest of Universal is getting ready for Christmas as well, with more decorations around the corner in Production Central and on the streets of New York.

Diagon Alley and Seuss Landing in Universal’s Islands of Adventure have also begun preparing for Christmas.

Universal will be announcing more about the new Tribute Store soon, so keep an eye on Universal Parks News Today for up-to-date information.