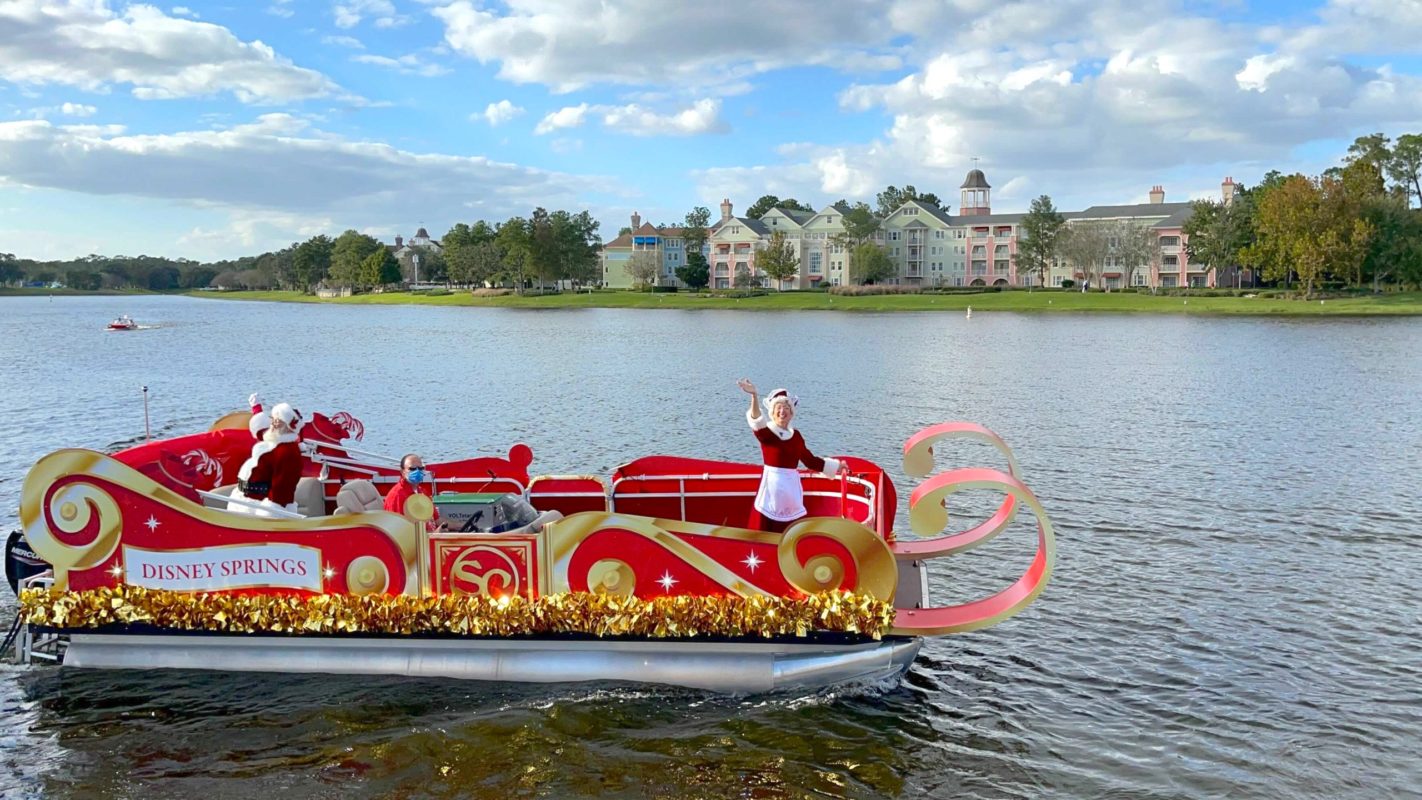 He’s ridden a float at the Magic Kingdom, cruised in a convertible at Disney’s Hollywood Studios, and sailed on a flotilla at Disney’s Animal Kingdom, and now, Santa Claus is coming to Disney Springs… on a pontoon boat!

We spotted the Winter Watercade in the Marketplace, featuring jolly old St. Nick floating along with Mrs. Claus, gleefully waving to crowds the whole way.

The boat has been decorated to look like Santa’s sleigh, complete with runners sticking out of the front!

A second boat features Santa’s reindeer as they soar across the night sky.

Santa and Mrs. Claus are expected to make pop-up boat appearances around the shopping and dining district at random times throughout the day, so be sure to keep an eye out for the stars of the holiday season on your next visit. You can see their full appearance in the video below!

Be sure to check out other holiday offerings around Disney Springs, including the Christmas Tree Stroll, featuring trees inspired by Disney Parks, animated classics, and more!