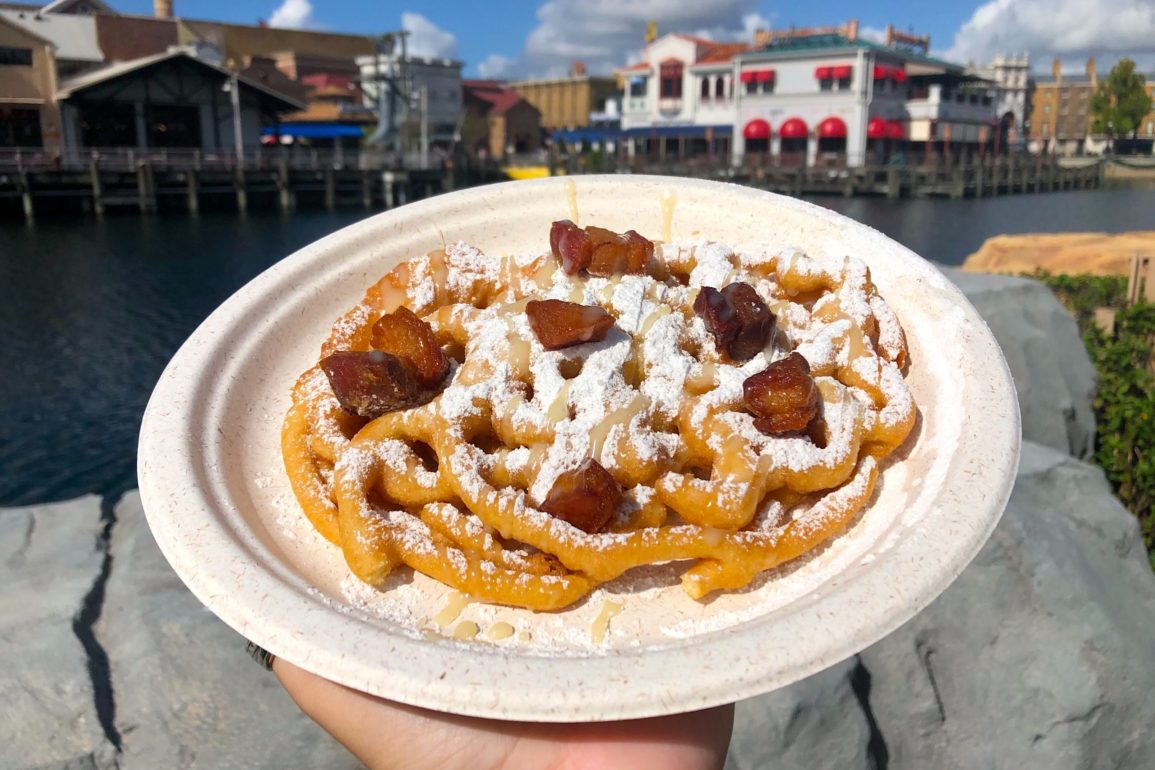 Funnel cakes have returned to the Universal Studios Florida food trucks with an upgrade. Not only have the cakes themselves been supersized, but so has the price. We’re trying these new holiday-themed funnel cakes, starting with the maple bacon.

The Holiday Funnel Cake food truck is located by Woody Woodpecker’s KidZone, just outside of the Animal Actors on Location theater. Hours for the truck vary, but they’re usually open by lunchtime and remain open through just about a few hours before park close.

The maple bacon is listed as $8.99, but rings up at $9.99. Other fun options include Fried Chicken, Strawberries & Cream, Nutty Turtle, and Old Fashioned.

It’s a nice-sized portion despite the slight upcharge.

The pork was chewy and fatty in the center with a crispy outside and a slightly sweet flavor, thanks to the maple notes.

The funnel cake was a huge improvement over the Halloween ones. It was much easier to eat, soft and not hard or stale at all. Its rich, dense interior, paired with the fatty pork belly, will definitely fill you up.

The real star of the show is the maple mayo, which we couldn’t get enough of. This maple bacon funnel cake was a nice combination of savory and sweet—although if they had just sold us a funnel cake drowning in maple mayo, we’d be perfectly happy.

Have you tried the funnel cakes at the Universal Studios Florida food trucks? Let us know what you thought in the comments.