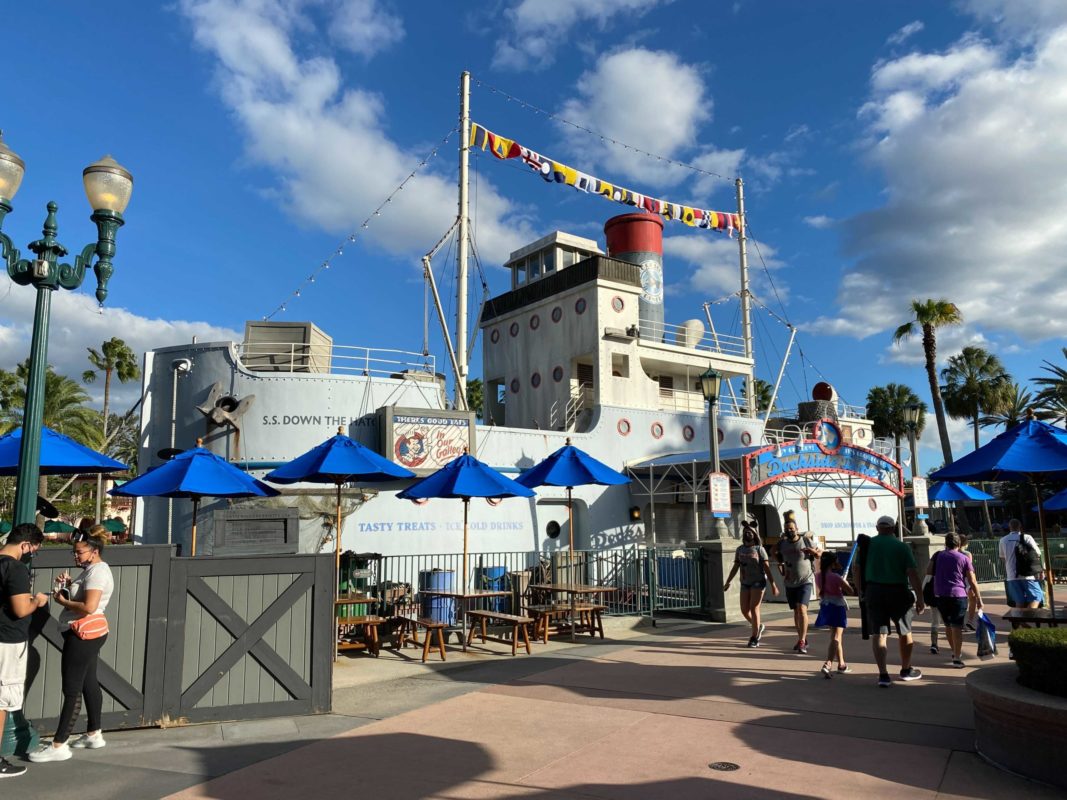 The steamboat on Echo Lake at Disney’s Hollywood Studios long ago lost its whistle sound effect, which would echo around the area. After years of the effect being broken, it has finally been restored to the S.S. Down the Hatch.

For Disney-MGM Studios fans and film buffs alike, you’ll be glad to know this larger-than-life mainstay of Echo Lake has its roots in Hollywood history. Min & Bill’s Dockside Diner was actually inspired by Min and Bill, a 1930 pre-code comedy-drama film by MGM starring Marie Dressler and Wallace Beery. Designed in the shape of Bill’s fishing trawler, the open-air eatery pays homage to 1950s California-Crazy novelty architecture.

The reinstated sound effect is hard to miss. We could hear it all the way from the Chinese Theatre! Watch and listen to our video below for the whistle in action.

The S.S. Down the Hatch is usually home to Dockside Diner, but it is unfortunately closed for now. You can, however, see some Christmas decorations while checking out the steamboat.