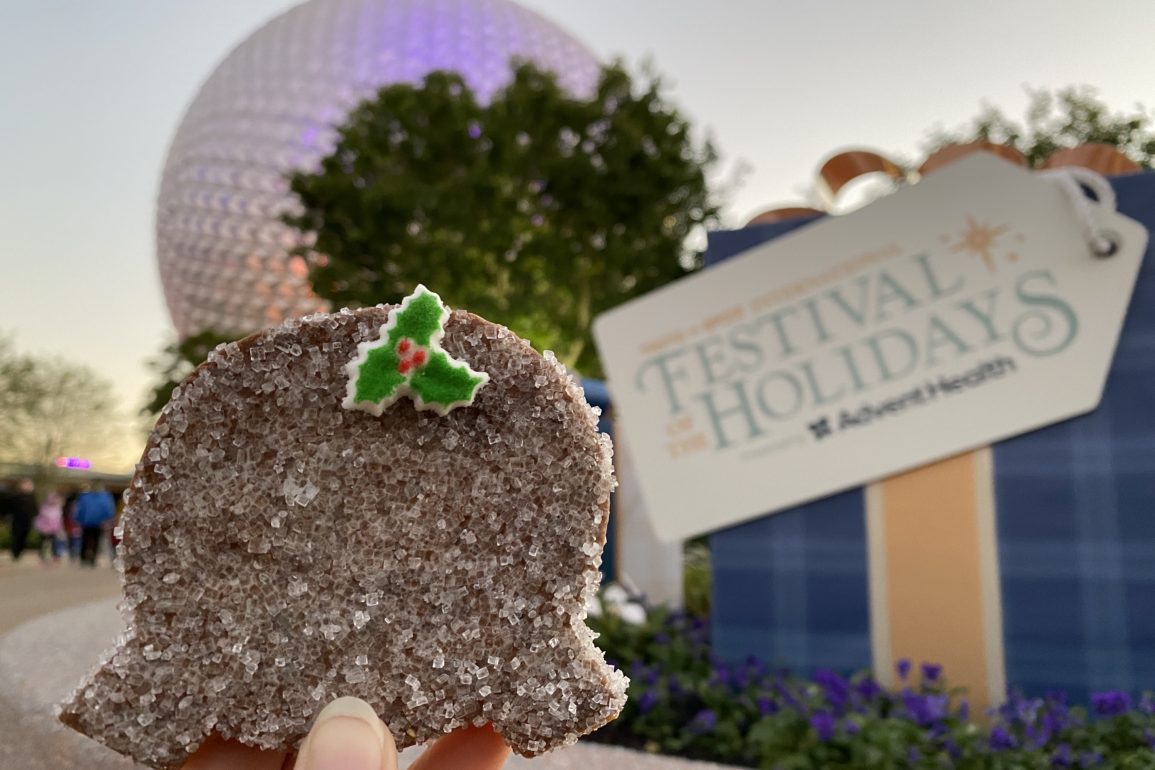 Greetings, World Travelers! We hope you’re ready for a slightly more traditional holiday season as a cold snap has hit Florida. With the high barely reaching into the 60’s today, we were definitely feeling the winter spirit! What better time to go enjoy some hot cocoa at the International Festival of the Holidays? We searched the park for all the new and exciting things here today, so let’s get started!

We started off the day by finding some fun new merchandise! This new 2021 bucket hat is available at Gateway Gifts for $29.99.

Next, we found this adorable stationary kit featuring The Child from The Mandalorian. We found this at Mission: Space Cargo Bay for $19.99.

After that, we headed over to Mouse Gear where we found this Limited Edition MagicBand featuring the new movie Soul. For more pictures and information, check out our full article here.

While at Mouse Gear, we found this new pin featuring The Mandalorian and the phrase, “Legendary Warrior, This Is The Way”. This is an Open Edition pin and retails for $9.99.

Once we were finished with merchandise, we decided to check in on some construction projects. First off was the progress to the front of the show building for Guardians of the Galaxy: Cosmic Rewind. We found a someone actively working on the front of the building when we went by, with the whole front of the facade uncovered.

Next we went by the recently gutted Innoventions West, and found that we could see all the way to the rear of the building to a mirror wall still left standing.

The end of the building, which had been demolished and covered in plastic before the parks temporarily shut down in March, had been uncovered, and you can even see the mirror wall from that end as well.

Over at the France Pavilion expansion, landscaping work was being done just outside the expansion on a footpath.

Despite the drizzle, progress was being made on the hand-painted wall art in the France Pavilion expansion. Further detail has been added to the flowers, and the brown swirl, which perhaps will become a branch or vine, that goes past them.

We saw Santa Claus on his cavalcade as we moved into World Showcase, and were impressed all over again by the uncanny resemblance.

We thought we had found all of the Olafs on Olaf’s Holiday Tradition Expedition, but to our amazement, we found a new one today, carrying a traditional kinara for Kwanzaa. We won’t give away this one’s location, but we were super excited to find him, and to officially complete the map!

We found two locations open today that are generally only open on weekends. The House of Good Fortune and the Lotus Blossom Cafe in the China Pavilion were both serving guests despite it being a Monday.

We inquired at both establishments and were told that they would both be open every day from now until the New Year for the holiday season. We’re so glad that we get to enjoy both of these locations every day for a little while!

At L’Artisan des Glaces in the France Pavilion, we found an additional offering for the International Festival of the Holidays. Gingerbread ice cream sounds delicious!

After that, we got a Spaceship Earth cookie, because there’s always room for one more cookie, right? We had a wonderful day at EPCOT, and we hope you enjoyed coming along with us. Have a magical day!