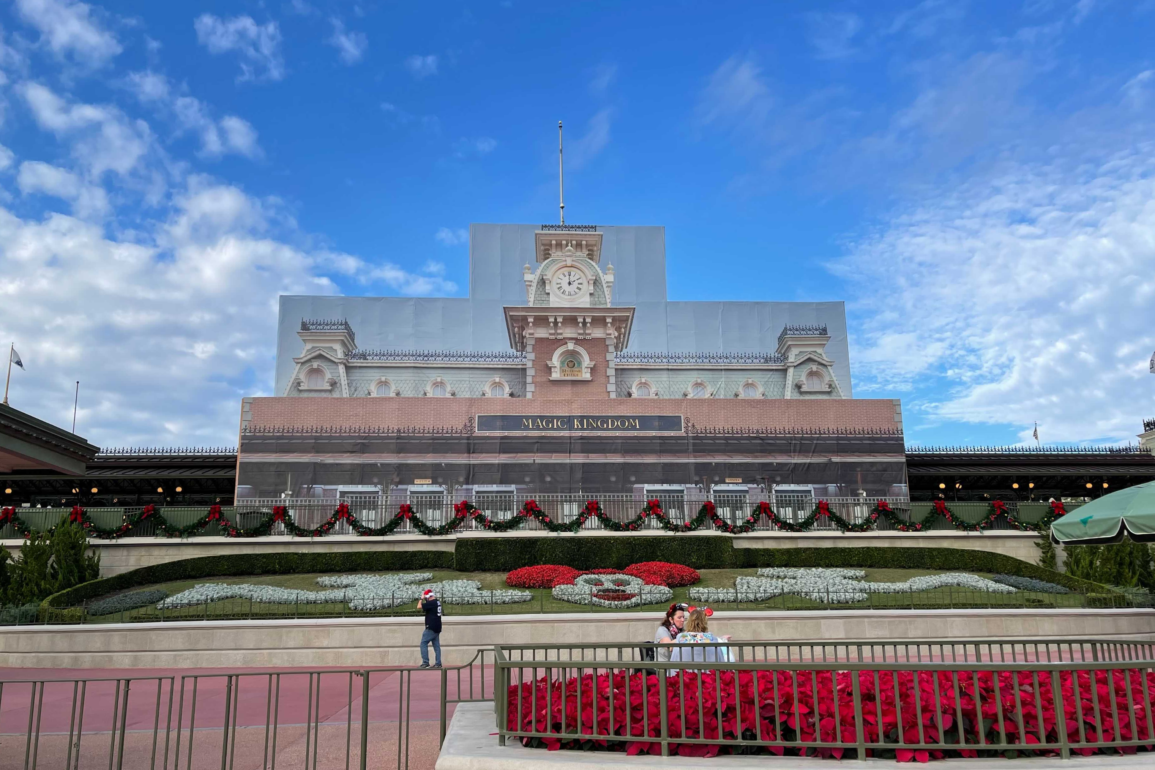 Scrim has been wrapped around the Main Street, U.S.A. train station at Magic Kingdom for a week now. A few days ago, the lower half of scrim was replaced with themed scrim that looked like the station. Now the upper scrim is also themed.

The scrim is made to look like the train station, so guests can still get photos and it doesn’t ruin the aesthetic of the entrance.

Green construction walls remain to either side of the scrim, behind the Christmas garland on the railing.

The Walt Disney World Railroad has been closed for two years due to the construction of TRON Lightcycle / Run. Prior to the park’s March closure, a train was on exhibition at the Main Street U.S.A. station and later the Fantasyland station. In the past few weeks, fresh tracks have been laid at the Fantasyland station. It seems the Main Street, U.S.A. station is being refurbished ahead of a possible reopening of the Walt Disney World Railroad.

Are you hoping to ride a train around Magic Kingdom again soon? Let us know in the comments.