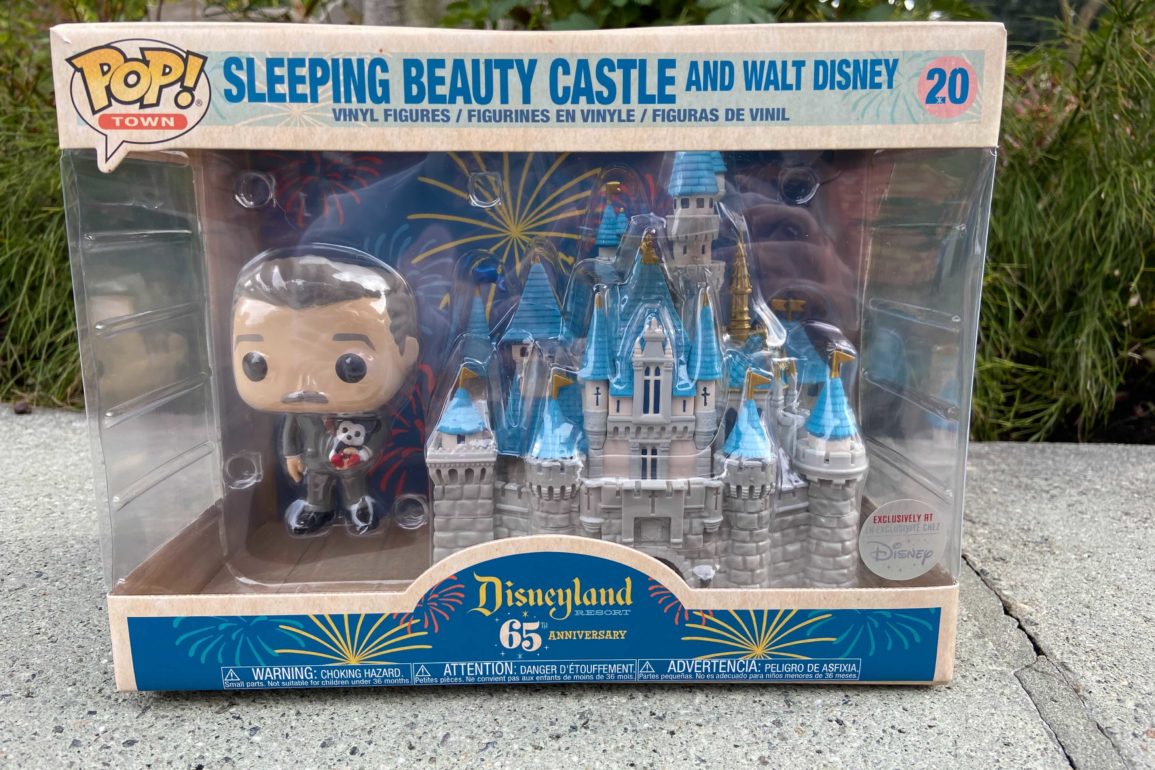 The set was released as part of a reservation-only shopping event at Downtown Disney District, however limited quantities were released at Walt Disney World as well, with the set quickly selling out at the Frontier Trading Post in the Magic Kingdom. The set includes Walt Disney in a dapper suit as he was known to the world, holding a Mickey Mouse plush, plus a large Sleeping Beauty Castle figure.

The set was released as part of Disneyland’s 65th anniversary, and the box hints at a number of other Pop! Town sets still to come.

As stated on the box, the set is a Disney Parks exclusive, and will not be sold at other locations like Target or Amazon. (Although it was briefly available on shopDisney for the initial release this weekend…)

The set retails for $39.99, in case you’re set on finding it at Walt Disney World or have a Disneyland Resort shopping reservation coming up soon. A number of other Disneyland 65th Anniversary Funkos are also available from a variety of retailers.