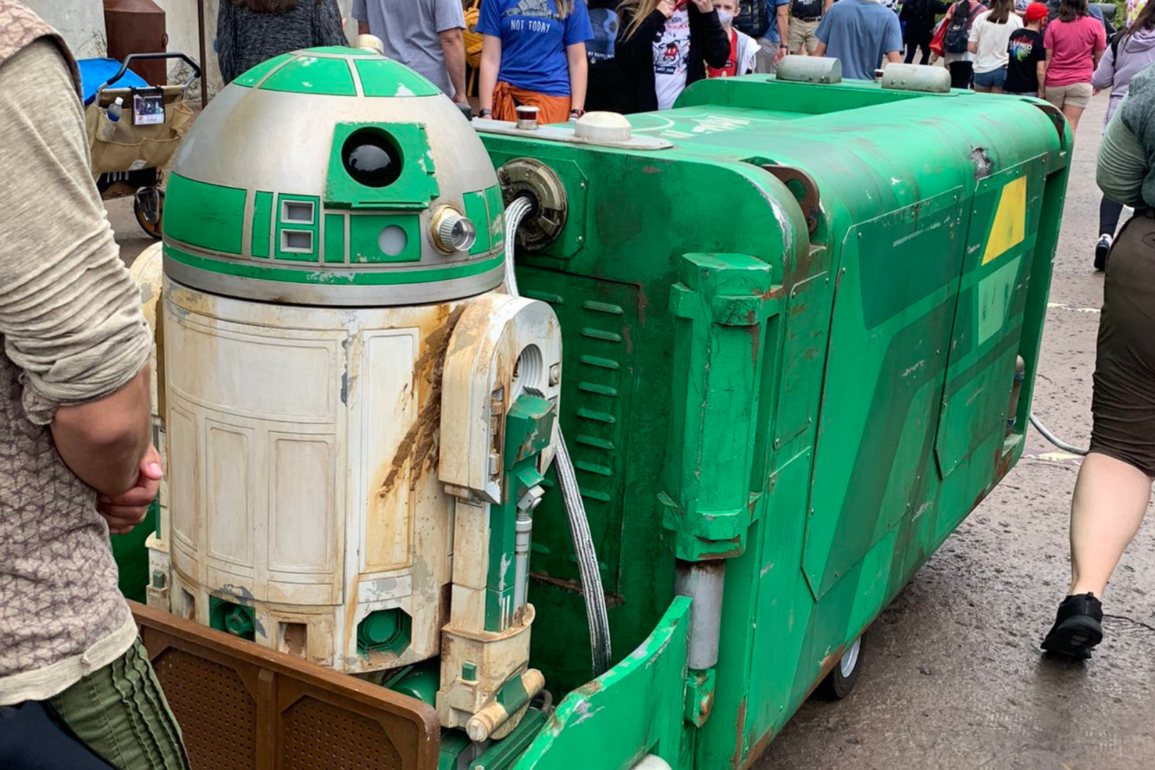 Reader Kurt shared these photos of the Sprite cart charging up when the line for Millennium Falcon: Smuggler’s Run led backstage yesterday.

Twitter user jmist711, Josh, also sent us some photos of the cart moving through Batuu.

It’s unknown if the Diet Coke and Sprite carts were transported over from the still-shuttered Disneyland Park, or whether Disney’s Hollywood Studios was meant to get their own versions of these carts all along.

The Sprite cart is of course green with some yellow touches. The white and green R5 unit is named J4-KC.

Like the Diet Coke cart, J4-KC’s cart is only used for cargo transport and does not sell the thermal detonator-style Coca-Cola products.

Are you excited to see more Coca-Cola droids at Star Wars: Galaxy’s Edge? Let us know in the comments.