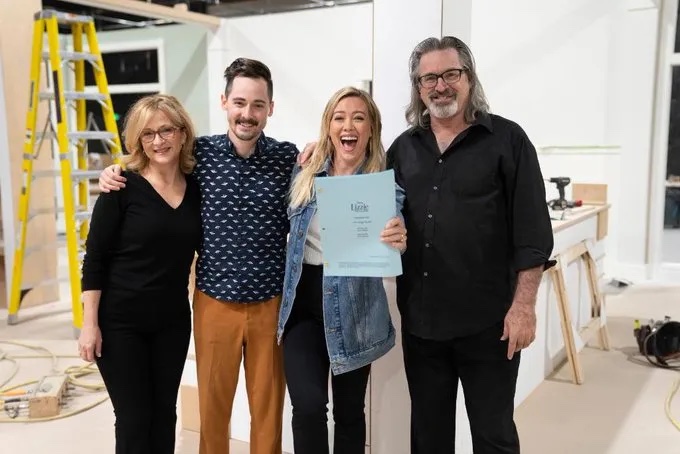 We have been reporting on the Lizzie McGuire Disney+ reboot for nearly 18 months. News of the series was first reported in August 2019. By October 2019, the cast and crew were preparing for the first episodes. Things began to fall apart in January 2020 when show creator Terri Minsky left after just two episodes.

Star Hillary Duff took to Instagram in January 2020 to announce the show’s cancellation. Now other stars are sounding off regarding the circumstances around the reboot’s demise.

When we did the read-through of the first two scripts, there were literally three rows of chairs and in each chair was some kind of a Disney executive. I mean, there were 25 of them in there. And they were laughing their asses off. Every single step of that trajectory had to be greenlit by somebody who’s high up in the organization. So, you go to all that trouble and they decide at the last minute, out of the blue, that it needs to be more kid-friendly? I don’t get that.

Carradine seems confused as to why the project even made it to the table read. Hallie Todd, who played Lizzie’s mom, enjoyed the brief reunion. She did not directly comment on Disney leadership.

I’m sad. We had the best time when we got together for those two episodes. It felt like no time had passed, except that all of a sudden these kids were adults. It just seems ridiculous. There’s always more to it than you hear, and I certainly am not privy to those conversations in the back room.

Jake Thomas, who played Lizzie’s brother, Matt, feels that the original series’ fans have been let down.

Fans always tell me how watching the show was a staple of their childhood, and honestly, I was right there with them running to the TV every week to watch the latest episode. When I walked onto the set of the rebuilt McGuire house for the reboot, it felt like such an unreal homecoming, an overwhelming childhood nostalgia. It saddens me greatly that the fans don’t get to share in that feeling.

Disney has not officially announced the reboot’s cancellation. In a statement, Disney wrote that Lizzie McGuire fans have “high expectations.” The reboot won’t move forward “unless and until we are confident we can meet those expectations,” Disney stated.

WDWNT will continue to update the fate of the Disney+ Lizzie McGuire reboot as details become available.

Next
REVIEW: The Frankenstein, Peanut Butter Chocolate Swirl, and Santa’s White Christmas Cookies Might Be Worth the 12-Hour Wait at Gideon’s Bakehouse Grand Opening at Disney Springs