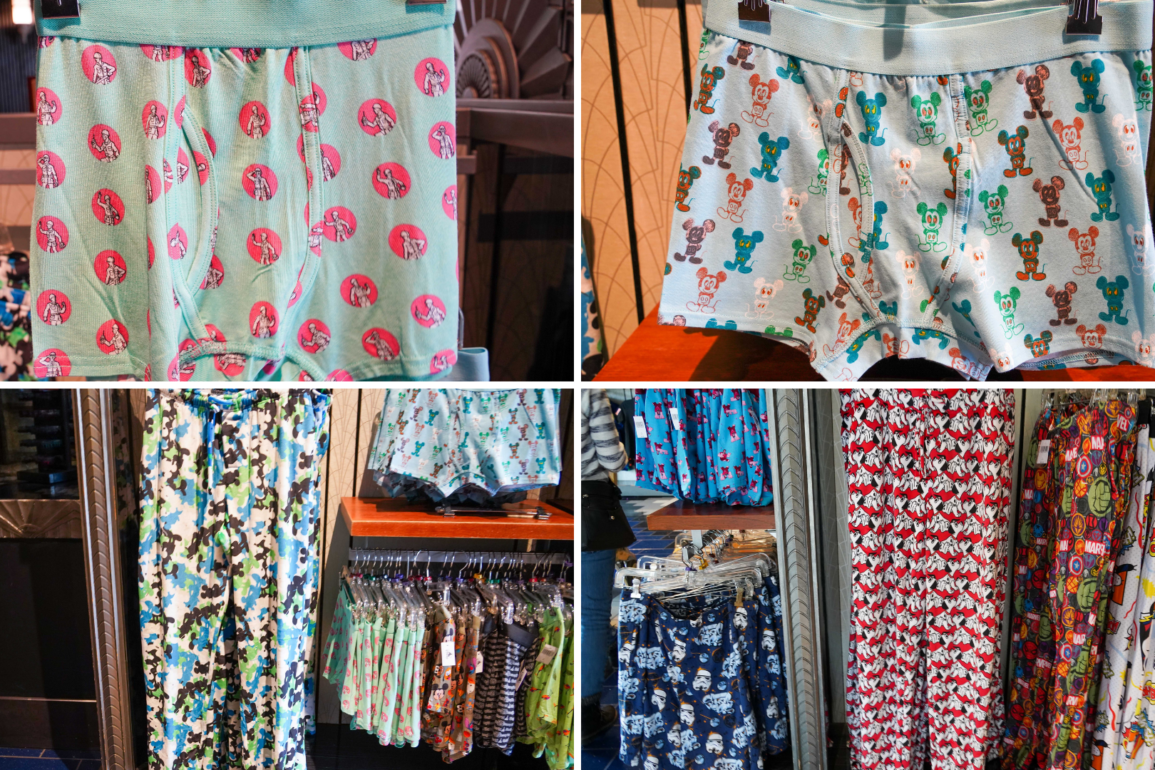 You can cozy up for the rest of winter with these new pajama pants we found at Walt Disney World, plus a couple of pairs of boxer briefs.

Mickey Mouse is silhouetted in blue, black, white, and green all over these pants.

They have a button and drawstring.

It looks like there are approximately one-hundred and one Dalmatians on these red pants.

Mickey appears in even more colors on these light blue boxer briefs.

We found all of these in Sunset Club Couture at Disney’s Hollywood Studios. Walt Disney World has had lots of boxer and pajama options this winter, including some yellow pajama shorts and more Pixar-themed boxers.

Will you be adding any of these items to your wardrobe? Let us know in the comments.