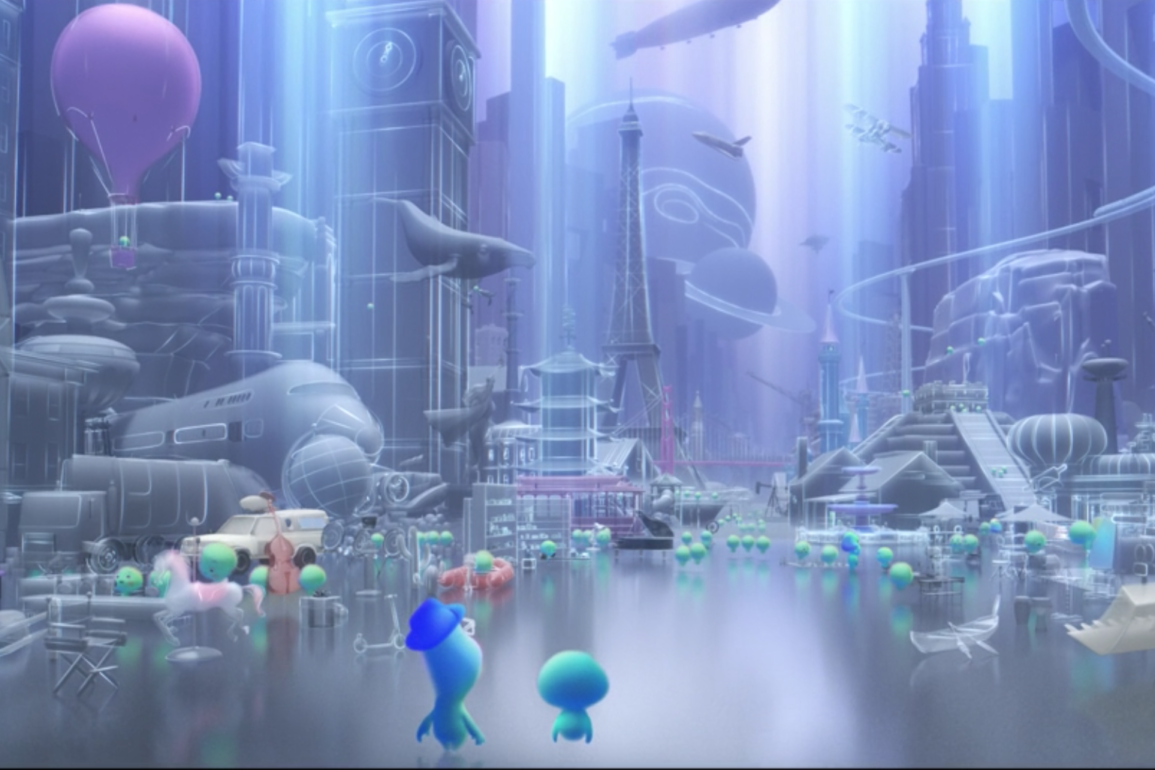 PHOTOS, VIDEO: Pixar Artists Share a Behind the Scenes Look into Creating “Soul”

The latest film from Disney and Pixar, “Soul” was released on December 25th, 2020, and was met with a generally positive reaction from audiences. Many praised the film for its writing and storytelling, its emotional musical score, and the art of the characters and environments.

To give us a look into what went into bringing “Soul” to life, several artists from Pixar took to their personal Twitter accounts to share a few examples of the art processes and break down what went into creating some of these massive environments, such as The Great Before.

The Twitter account @JunHanCho1, who was the Set Supervisor for the film, began with sharing some inspiration behind some of the New York sets, such as a house seen in the background being inspired by a shading artist from Pixar!

He also goes onto share one of the modeling guides the artists used, making sure to note that a “sense of Jazz” should be incorporated into the prop and set pieces.

Another artist, Julian Fong or @levork, created a massive thread that went into great detail about lightning the characters and environments.

While the thread gets a bit technical, if you happen to be interested in 3D art, it’s fascinating to read about how the team went about lightning a volumetric set.

And if you do happen to interested in the nitty gritty and want more detail, @RyanMichero, a Lighting Lead for Pixar, followed up with his own thread discussing the tech behind the movie.

@JunHanCho1 was even kind enough to share an early working version of the walkway to The Great Beyond.

He also made a note of some Easter Eggs that can be found in the Hall of Everything.

It takes a small army to create a 3D film, and Pixar employs some of the best artists in the industry. It’s exciting to see how many of them took time to share a “behind the scenes” look into what went into creating the movie, and we’ll be sure to pay extra attention to those details next time we watch “Soul.”