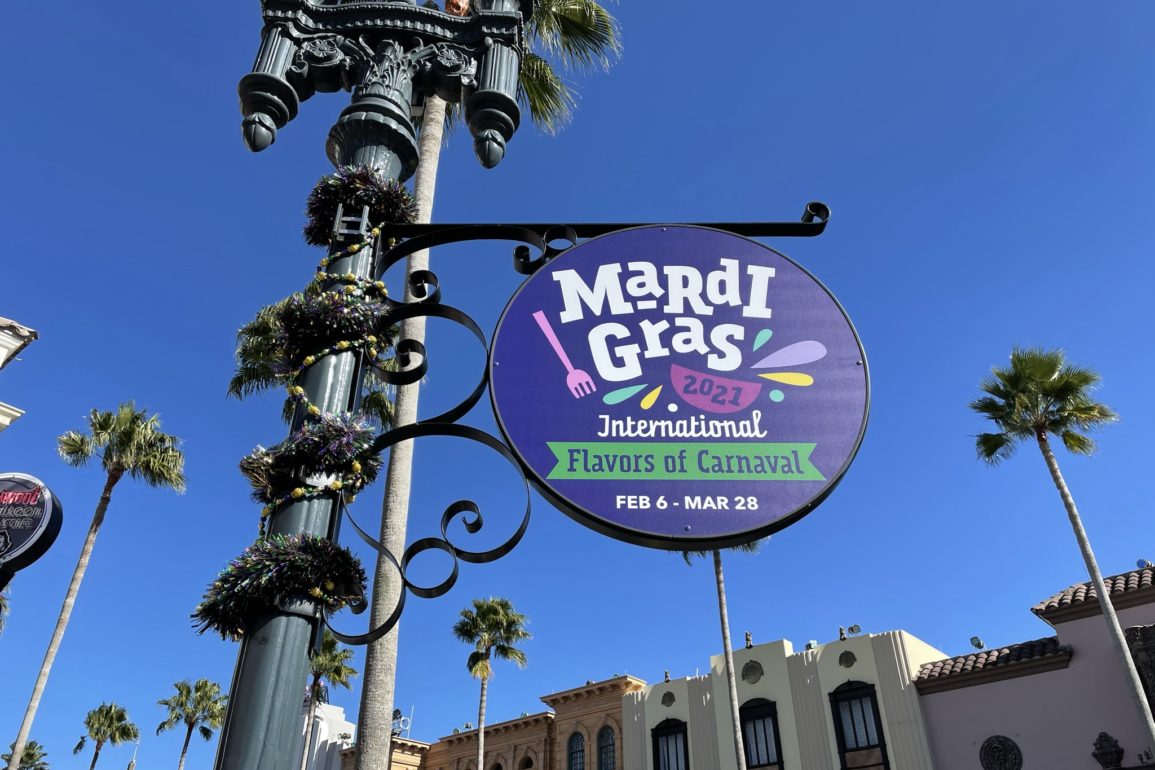 Welcome to another winter day here at Universal Orlando Resort! We’ve got our jacket and gloves and are ready to brave the Florida cold. We started our morning at Islands of Adventure for Early Park Admission.

As we entered the park, we spotted the raptors over the entrance had been unwrapped. The marquee and raptors look great together.

Over the construction walls in Toon Lagoon, we could see working happening around Popeye and Bluto’s Bilge-Rat Barges and Wimpy’s.

As we crossed through CityWalk, we paid our respects to Blue Man Group. They’ve ended their residency at Universal Orlando, so we’re curious to see what takes its place.

We made our way over to Universal Studios Florida and spotted even more preparations for Mardi Gras.

Menus have been posted around most of the booths in the park. The New Orleans booths are set up around Production Central near the stage.

More decorations and tables have also been added around the area.

The Trinidad and Tobago booth is next to the Mardi Gras Tribute Store.

You’ll find Italy in New York, near the old Ben & Jerry’s next to Auntie Anne’s.

The Bahamas booth is located near Fear Factor Live in the back of the park.

Brazil can be found across from Universal Studios’ Classic Monster’s Cafe.

The Spain booth is set up next to Cafe la Bamba.

Belgium and Canada are located near KidZone.

That’s all for this visit to the Universal Orlando Resort. We’re getting out of here for today, but we’ll be back again soon, so make sure you stay tuned to Universal Parks News Today for more updates!

Next
PHOTOS: NEW Disney Wedding Collection Walks Down the Aisle at Disneyland Resort