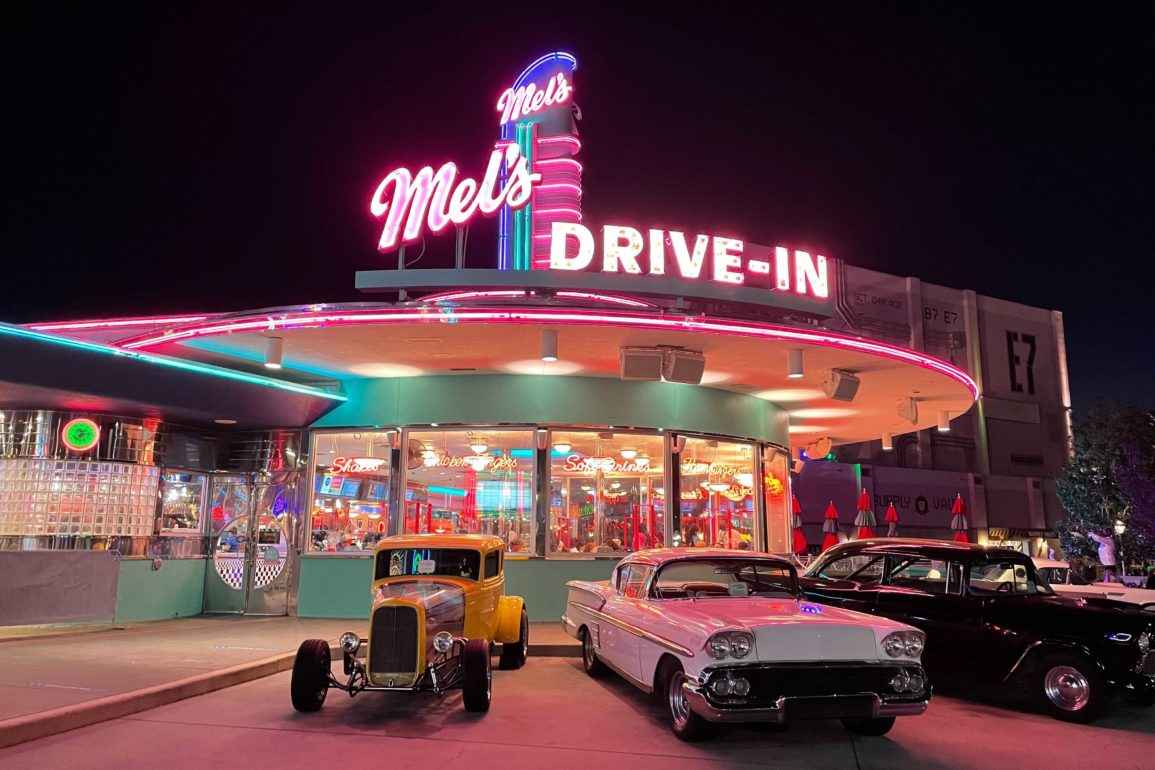 Welcome to another chilly day at the Universal Orlando Resort. We’re ready to check out the parks and see what’s new, but our first stop of the day was to Voodoo Doughnut.

The parks are open later, so we’re enjoying spending our evenings wandering around and sampling all the Mardi Gras food and beverage. And, of course, collecting beads!

Hollywood Rip Ride Rockit was closed due to the cold weather over the weekend, so there were very long lines for it today.

We could smell the Paella Mixta coming from the Spain tasting booth. Check out our review of the offerings from Spain here.

The park is open later, and even though it’s a Monday, there is a Cinematic Celebration happening tonight.

If you love the artwork from the VelociCoaster merch and new Freestyle tumbler, there’s a new Jurassic World VelociCoaster phone case now available. Get pricing and more details here.

Just appreciating the park after dark. It’s so pretty to wander around the park and admire all the lights.

Mardi Gras lights up the night once the sun sets. Let’s take a closer look at some of the floats around the park now that it’s dark out!

Miss New Orleans is one of our favorite floats and one of the first ones you’ll come across as you make your way through Production Central.

The King Gator is another favorite of ours as it stretches down Hollywood Boulevard.

Pirate-themed floats can be found all around the park.

Making our way through CityWalk, we have to stop and appreciate the Toothsome Chocolate Emporium and Savory Feast Kitchen lit up.

The adventure begins! We were making our way into Islands of Adventure as many people were starting to leave.

If you can time it right, we would suggest taking a ride on the High in the Sky Seuss Trolley Train Ride to see the fireworks from the Cinematic Celebration at Universal Studios Florida. This ride gives you a great view!

We’ve been hoping that we would get two working torches at the Jurassic Park arch and our wish came true tonight! It’s so beautiful!

We stopped and got some footage of the Jurassic World VelociCoaster testing with the lights on. It looks so good at night! Check out our YouTube video below to see the coaster in action:

Dudley Do-Right’s Rip Saw Falls is still under refurbishment, but the lights we can see look good over the construction walls. This is another ride that’s really nice at night!

As we were leaving the park, we spotted some of the fireworks from the Cinematic Celebration.

Thanks for joining us today around the Universal Orlando Resort. We’ll be back again soon so stay tuned for more updates!