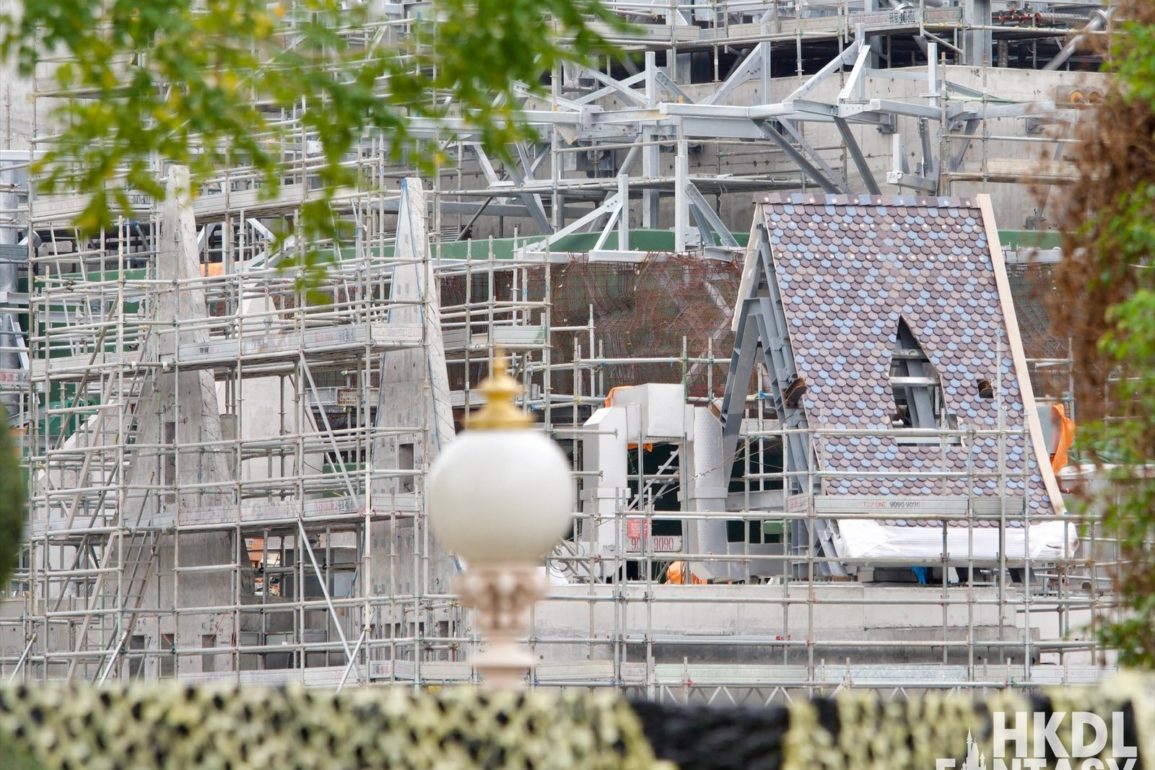 Hong Kong Disneyland has closed three times due to the COVID-19 pandemic, but reopened once again last month. With the park open, guests can catch a glimpse of “Arendelle: World of Frozen”, the park’s upcoming land currently under construction. HKDL Fantasy has shared photos of the land’s progress on Twitter.

The new land, which is between Fantasyland and Toy Story Land towards the back of the park, will have a mountain range masking the show building for Frozen Ever After. The land’s second attraction, Wandering Oaken’s Sliding Sleighs, will also utilize the mountain.

Steel beams shape the mountain and some rockwork has been installed on one side of the mountain.

In addition to progress on the mountain, buildings in Arendelle are coming together. A roof is now visible on Tick Tock Toys and Collectibles, one of the land’s shops.

There’s space for a chimney on the roof, which has tiles in multiple different colors. Nearby, the triangular shapes of two other buildings are obvious.

“Arendelle: World of Frozen” was scheduled to open later this year but will be delayed due to the COVID-19 pandemic. Are you excited to see what this Frozen-themed land looks like when it is complete? Let us know in the comments.

Next
PHOTOS: One Small Section of Steel is All That Remains of Innoventions West in EPCOT