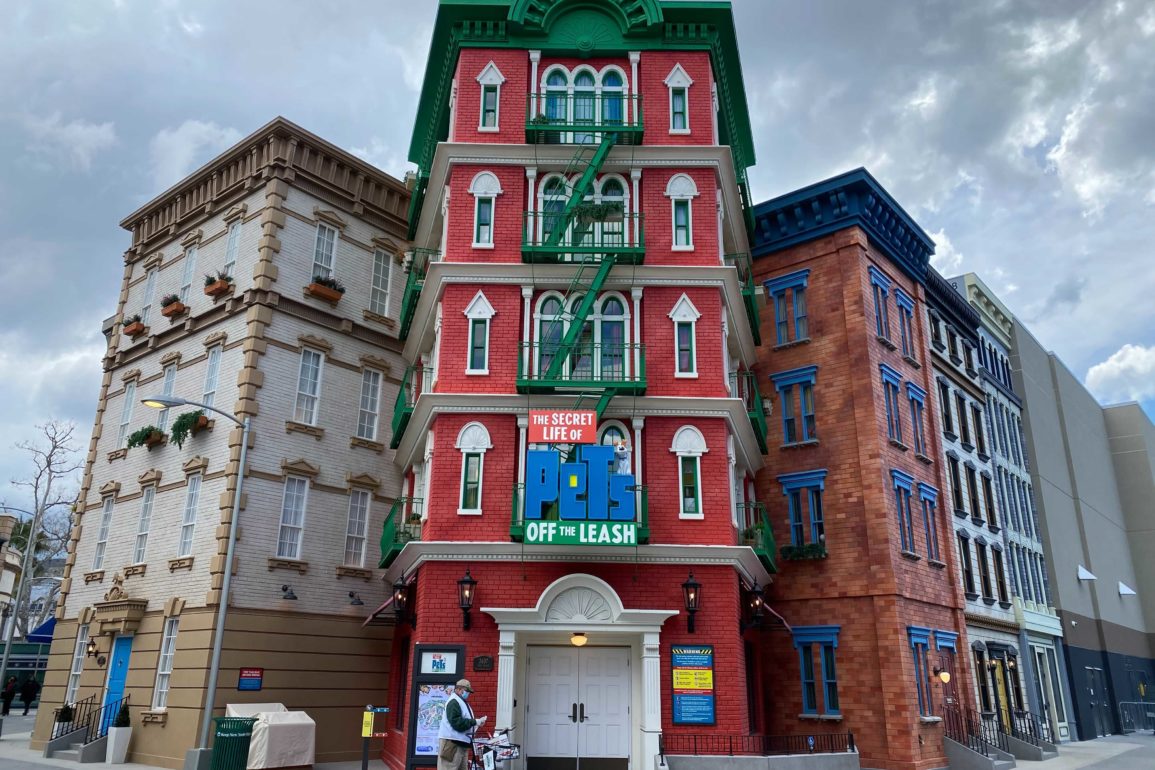 “The Secret Life of Pets: Off The Leash” Ride and New Finale of “Jurassic World – The Ride!” Open with Universal Studios Hollywood on April 16

With the reopening of Universal Studios Hollywood on April 16, 2021, guests will be able to ride the brand-new The Secret Life of Pets: Off The Leash. The attraction was near opening when the park closed in March of last year.

We got a look at the outside of The Secret Life of Pets: Off the Leash and the surrounding area, including “The Pets Store”, during “Taste of Universal.”

Universal has also promised an updated ending to Jurassic World – The Ride! There will be a “spectacularly realistic new” animatronic figure of the Indominus Rex at the ride’s climax just before guests descend the waterfall. The imposing presence of this 55-foot wide and 22-foot tall animatronic will be “amplified by the fluidity of her motions and synchronized movements that deliver an unprecedented level of authenticity.” The Indominus Rex will blink, flex her arms and claws, and clench her jaw.

The animatronic was actually planned for the ride since the beginning but was not ready for its opening back in 2019. Guests will finally get a look at this amazing Indominus Rex when the park reopens on April 16, 2021.

What are you most excited to see once Universal Studios Hollywood reopens? Let us know in the comments.