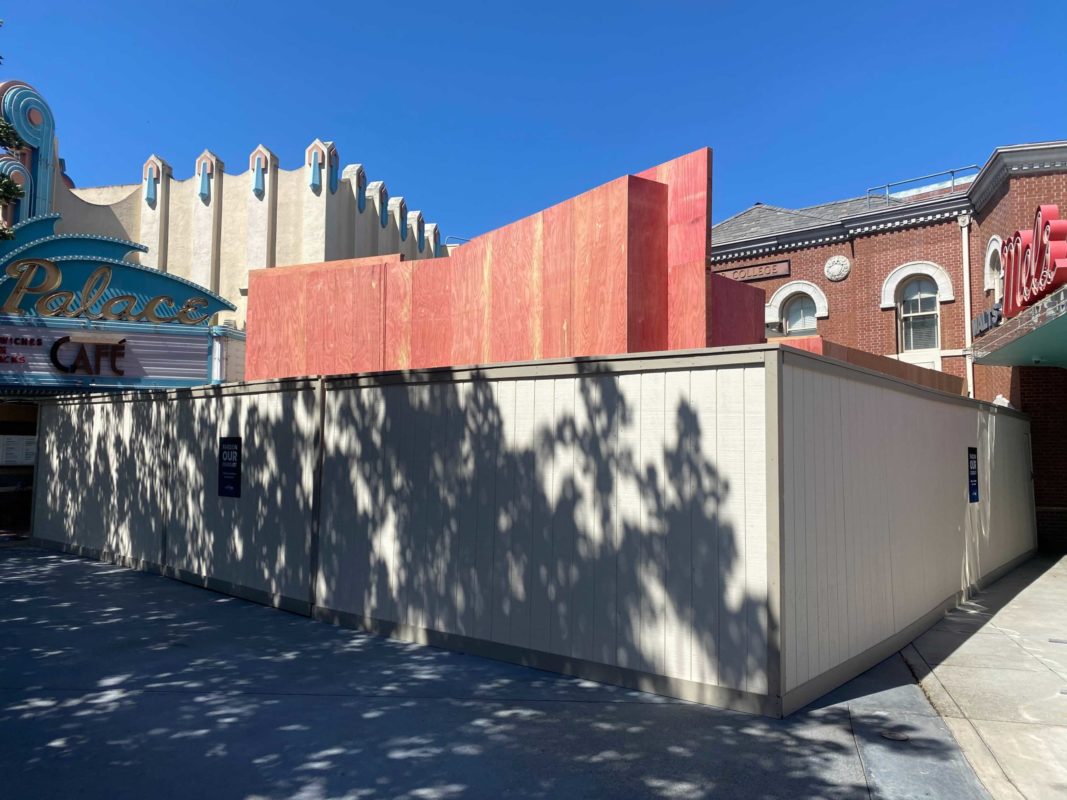 Just because it’s May, doesn’t mean it’s too early to start preparing for Halloween Horror Nights. Universal Studios Hollywood has not confirmed the event will return this year, but what appears to be a haunted house façade is being constructed in the Parisian Courtyard.

Since our last check-in, wood paneling has been added around the support structure. A tent is still visible behind the façade.

Current speculation places the Parisian Courtyard for the location for “Universal Monsters: The Bride of Frankenstein Lives,” which debuted last year at Universal Orlando Resort as a daytime haunted house.

Follow UPNT for more updates on Halloween Horror Nights on both coasts.