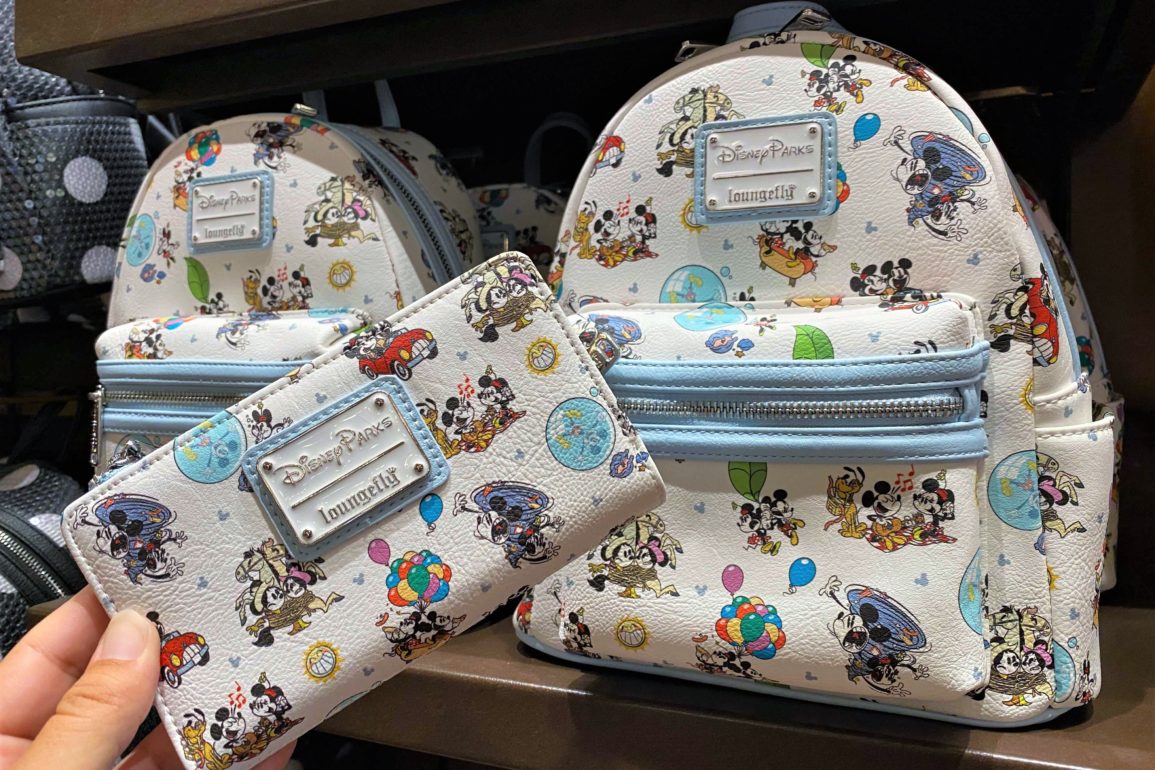 Mickey & Minnie’s Runaway Railway won’t pull into the station at Disneyland until 2023, but you can prepare your outfit for the grand opening now. New to the Disney Parks Loungefly Collection, a new Mickey & Minnie’s Runaway Railway mini backpack and matching wallet have arrived at Elias & Co at Disney California Adventure. You can also order them online at shopDisney.

The bag features many of the wacky mishaps from the ride, including a terrifying twister and Mickey & Minnie’s trip over a waterfall (We warned you there would be spoilers!).

The backpack is white with light blue handles and accents. Tiny blue Mickey heads are dotted in between the cartoon vignettes.

The inside has a different pattern, with the train itself and other motifs from the attraction, including a blueberry pie from the pre-show that we won’t spoil for you.

The wallet matches the mini backpack with the same pattern and light blue accents.

Mickey & Minnie’s Runaway Railway is currently under construction in Mickey’s Toontown at Disneyland Park. If you haven’t been over to see it yet, don’t worry, you can’t miss it.

If you can’t stand the wait, check out our full ride-through video of Mickey & Minnie’s Runaway Railway from Disney’s Hollywood Studios in Florida.