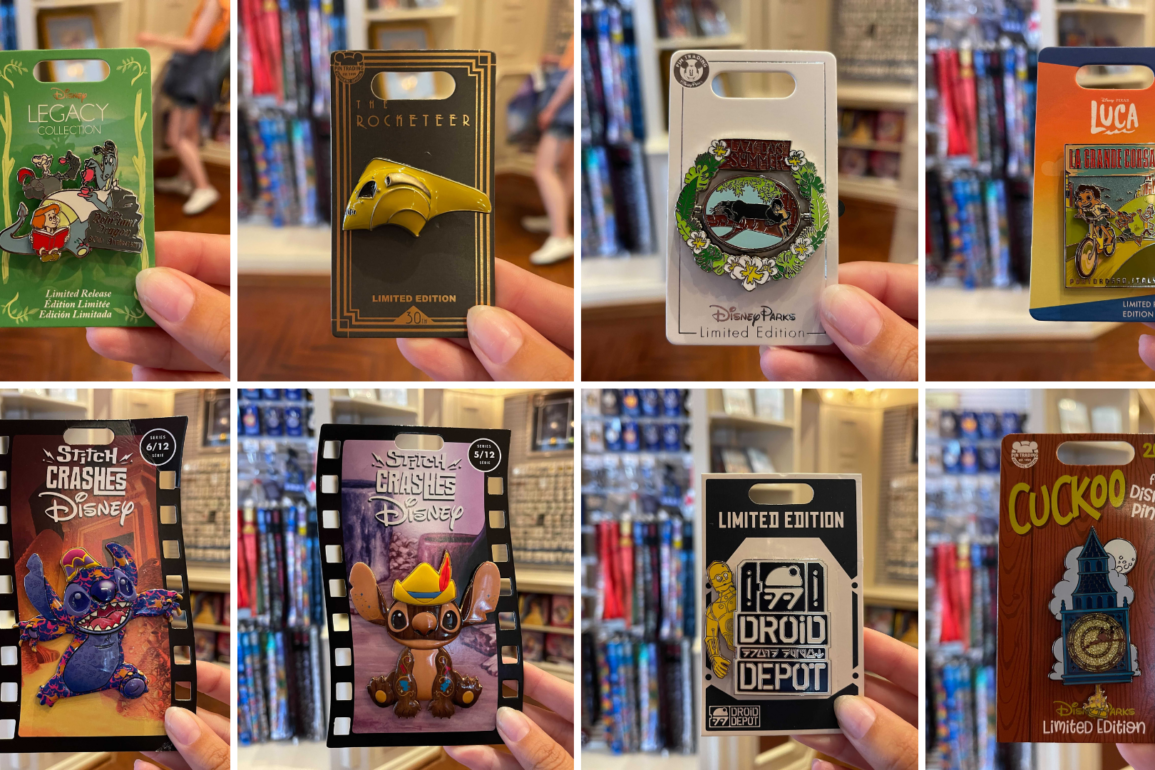 Several new exclusive pins have found their way over to the Happiest Place on Earth inside 20th Century Music Company on Main Street, U.S.A., which just reopened. Many of these styles have also been recently spotted over on the East Coat in Walt Disney World. Take a look below.

“The Reluctant Dragon” is celebrating its 80th anniversary this year with this limited release pin.

Celebrate the 30th anniversary of this film with a special keepsake pin of The Rocketeer’s helmet. This style is a limited edition of only 3000 units.

Characters from “The Jungle Book” are enjoying the lazy days of summer. The center of the pin has a spinner with Mowgli and Baloo on one side and Mowgli and Bagheera on the other. This pin is also limited edition of 3000.

The May release of the Stitch Crashes Disney pin series is designed like the everyone’s favorite “real boy”, Pinocchio.

The Droid Depot is a popular destination for off-world travelers visiting Galaxy’s Edge. This special pin features C-3PO on one side.

And on the other, DJ R-3X. Only 3000 units are available of this limited edition pin as well.

This special clock series of pins features iconic Disney clocks, like Big Ben in “Peter Pan.” Peter and Wendy can be seen on the clock’s hands. 3000 units are available of this style, too.

Will you be collecting any of these exclusive pins? Let us know in the comments.