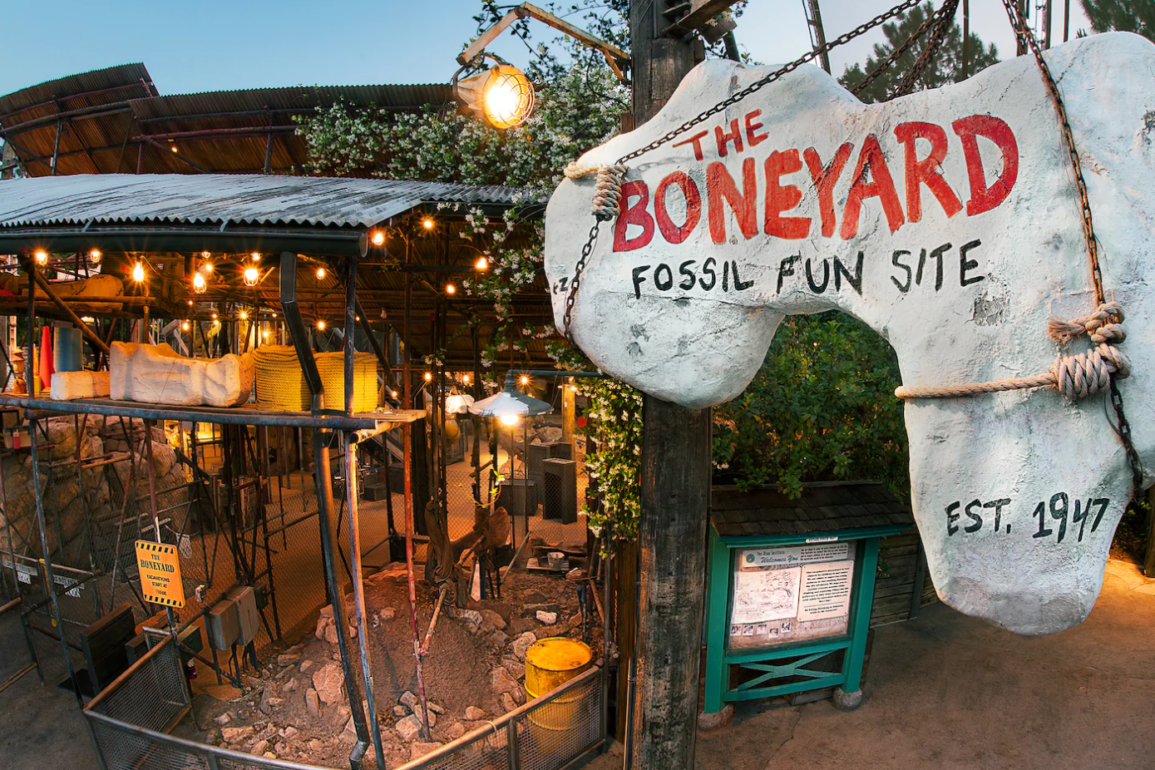 A recent permit suggests that there will be playground construction work in DinoLand U.S.A. at Disney’s Animal Kingdom.

We can’t be sure of the exact nature of the work, but planters were recently spotted blocking off the Boneyard in DinoLand.

The Boneyard, a playground area where kids can dig for fossils, climb rope bridges and more, has remained closed since the park reopened last July. Most recently the site was used as a distribution point for Annual Passholder magnets in February of this year.

Earlier this year, Disney also filed a permit for construction and presumably demolition of Primeval Whirl, which is permanently closed, however, we haven’t seen significant signs of construction in the area.

Other playgrounds in Walt Disney World have been welcoming families back recently. The Laughin’ Place play area in the Magic Kingdom reopened last week. The Family Play Zone in EPCOT reopened earlier this month as well.