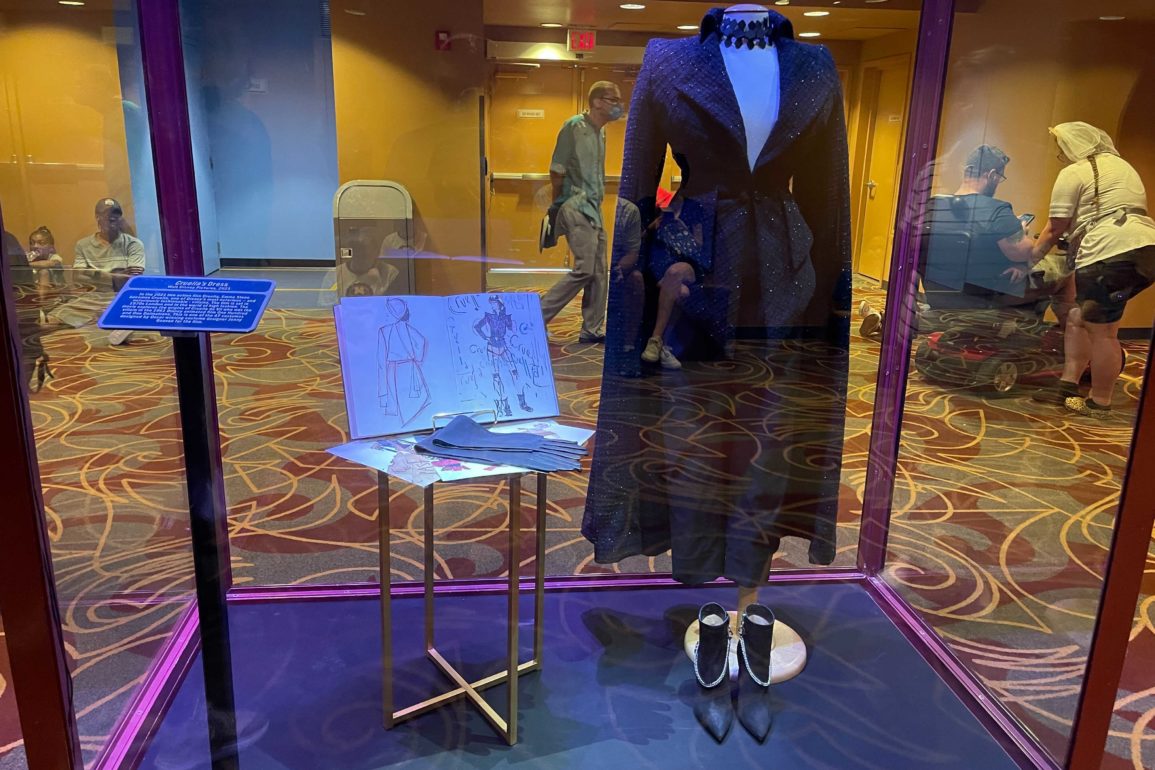 Cruella has officially stolen the spotlight, as a new movie costume has taken over the display case inside Walt Disney Presents at Disney’s Hollywood Studios.

This look is one of 47 featured in the film designed by Oscar-winning costume designer, Jenny Beavan.

A stool beside the dress displays Cruella’s leather gloves, along with several fashion illustrations.

Will you be stopping by Walt Disney Presents to check out this piece of Disney film history? Let us know in the comments below.

Previous
SHOP: Exclusive “12 Flags Over Epcot” Tee Comes to Carousel of Products! Plus Shop Our 20 Years of Adventure in California Line and More!