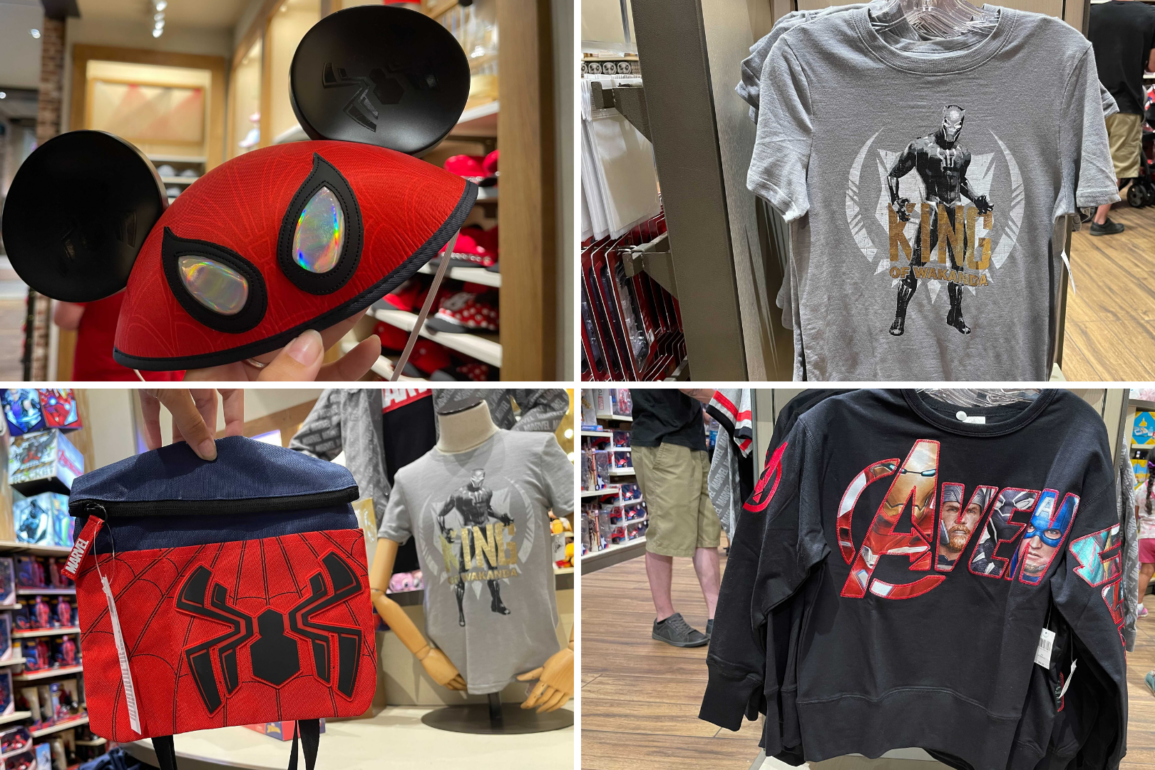 Now that the California home of Earth’s Mightiest Heroes is now up and running at the Disneyland Resort, even more Marvel merchandise is hitting the shelves. And much like the heroes themselves, there’s something for all ages.

Like you might see on the rooftops of Avengers Campus, this new pair of Spider-Man Mickey ears have swung their way to California, having first appeared at Walt Disney World in late June.

The eyes have a neat rainbow holographic effect, while the ears have Spider-Man’s logo in black.

The webbing is in a subtle red, allowing for some spider stealth.

This item offers a fashionable, Spider-Man themed take on the satchel, so you can carry your love for the famous web-slinger.

The black strap is adjustable, depending on how long you want to let it swing off your shoulder.

The zippered pouch features a pull-tab that reminds you to “Make Mine Marvel!”

The front also snaps closed for extra security. You never know what goblin might try to attack!

The Avengers assemble on this t-shirt for kids, with iconography for such heroes as Iron Man, Captain America, Black Panther, the Hulk, Thor, and Hawkeye.

In case you needed a reminder of who the “King of Wakanda” is, this t-shirt features none other than the Black Panther himself.

If your young one’s a big Avengers fan, be sure to get them the long-sleeved shirt that shows how big the team is… too big to fit on one side!

The A insignia can be found on the opposite sleeve.

We found all of these items at World of Disney in the Downtown Disney District.