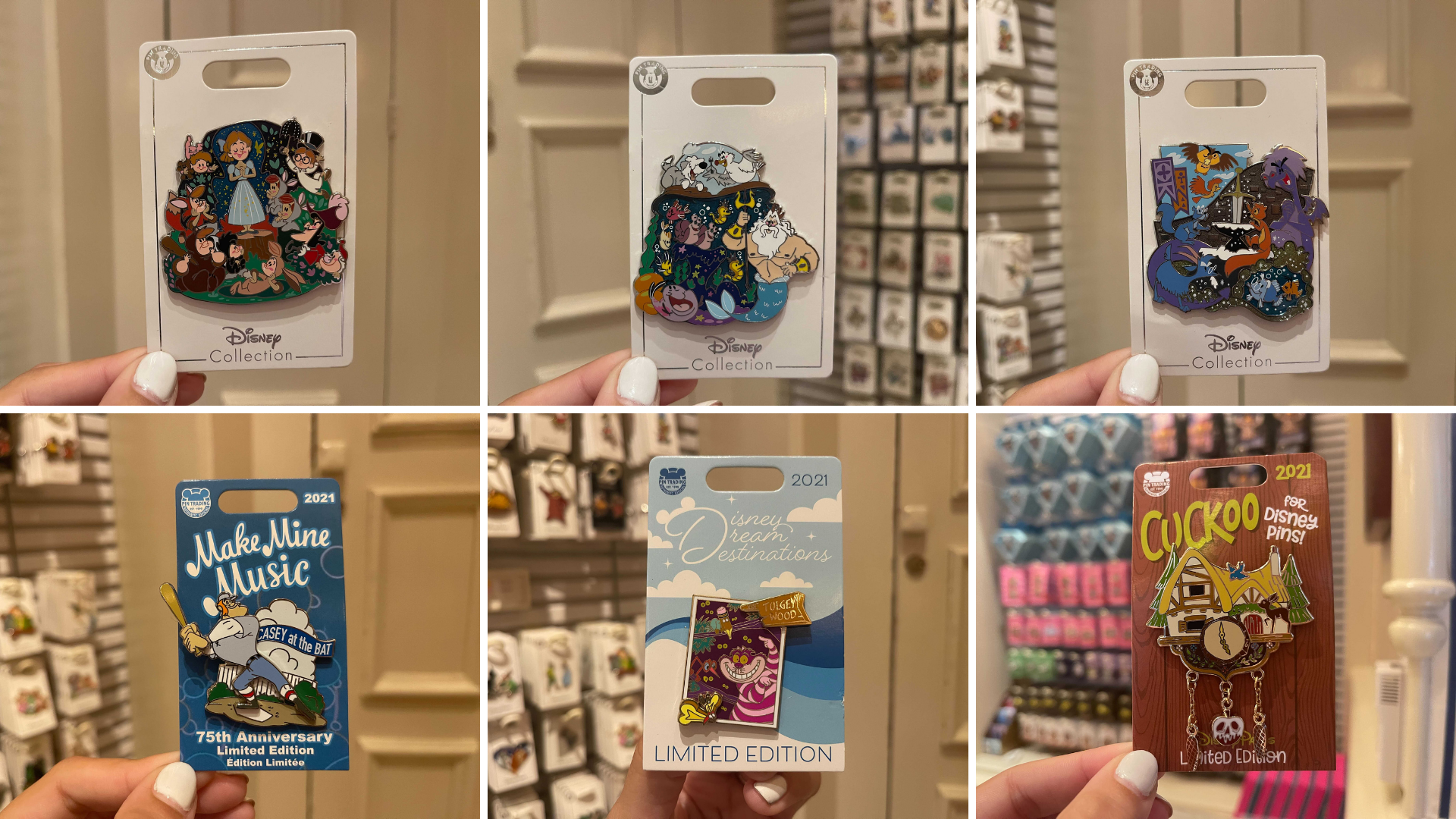 If you’re a fan of classic Disney animation, the latest round of new pins at the Disneyland Resort are picture perfect!

Three new pins pay tribute to beloved stories that have captivated generations. In addition, animation is also the name of the game with three new limited edition pins.

This pin, like the following two, are illustrated in a storybook style. Arthur and Merlin appear in multiple forms, but be careful! Madame Mim lurks nearby in her dragon form!

Wendy, Michael and John spend time with Tinkerbell, the Lost Boys, Captain Hook and Mister Smee on this pin. Strangely enough, this pin has so many characters from Peter Pan… except Peter Pan himself!

Speaking of missing characters, Ariel is absent on this pin celebrating The Little Mermaid. But that isn’t fazing King Triton, who spends time with the members of his undersea kingdom, while Scuttle and Max watch from above.

The latest Disney Dream Destinations pin, with an edition size of 2,500, features the Cheshire Cat from Alice in Wonderland showing the way to Tugley Wood.

Batter up! The animated version of “Casey at the Bat” is featured on this pin celebrating the 75th anniversary of Make Mine Music. The pin has an edition size of 3,000.

Finally, the “Cuckoo for Disney Pins!” collection now features a pin featuring the cottage from Snow White and the Seven Dwarfs. Chimes dangle from below, including one of the poisoned apple! The pin comes in an edition size of 3,000.

We found all of these pins at 20th Century Music Company in Disneyland.