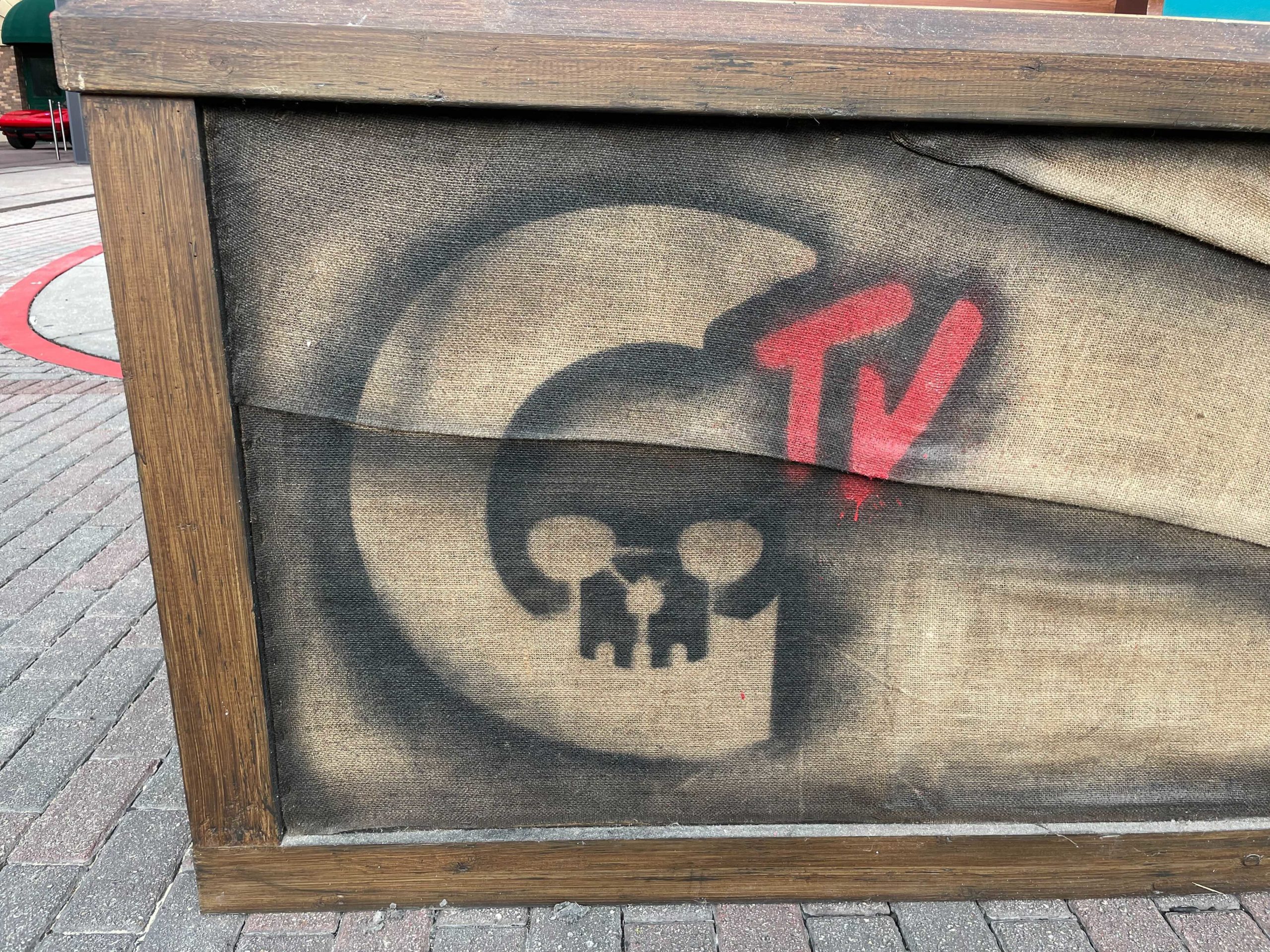 As Halloween draws nearer, Universal Orlando Resort is prepping the park for a new scare zone from the minds at Eli Roth’s Crypt TV. Set pieces were wheeled out into the San Francisco area of the park today and they provide some very distinct clues as to what is in store for the scare zone planned in the area.

Crypt TV is a horror short film company and website founded by Eli Roth and Jack Davis, specializing in short films and web series. Through Facebook Watch and YouTube, their horror shorts have had viral success with characters such as The Birch, The Look-See and more, even going as far as getting a “Dead by Daylight” crossover character package to bring some of the characters to the much-beloved horror video game this Summer. Now Halloween Horror Nights welcomes the monsters to their event in this Crypt TV scarezone in place of what was expected to be the “Eddie Zone” on the speculation map.

At the exit to “Fast and Furious: Supercharged” sit several set pieces partially installed. This one has lots of art across the façade and half a spider already attached to the stage.

This spider body will likely be behind some larger costumed performer or puppet to be attached to the ground at some point before the event.

The art scrawled across the façade is taken from the Crypt TV horror short, “Itsy Bitsy Spider,” and the spider to be installed will likely be a pivotal character from that property.

Behind the fence, a section of ground is covered over with paneling, likely for attachment points of the larger part of the spider.

Nearby sits another set piece. Less can be inferred about this set, with hardly any details on it to identify the property.

The Crypt TV logo is displayed rather prominently across this fabric, somewhat reminiscent of the face of The Look-See. Another fence blocks the stairs that will likely be for the performer to climb up.

On the side of the set is another symbol, related to the monster who will occupy the space.

Also in the area are two large screen displays, likely to air a clipshow of the Crypt TV films during the event.

Despite being out in the open when the park was open, crews were quick to cover these logos less than an hour later as the scare zone isn’t announced yet.

Are you excited for Crypt TV at Halloween Horror Nights? Let us know in the comments below. For more HHN news, be sure to take a look at the multi-night tickets now on sale, and don’t miss the newest announced house “HHN Icons: Captured.”