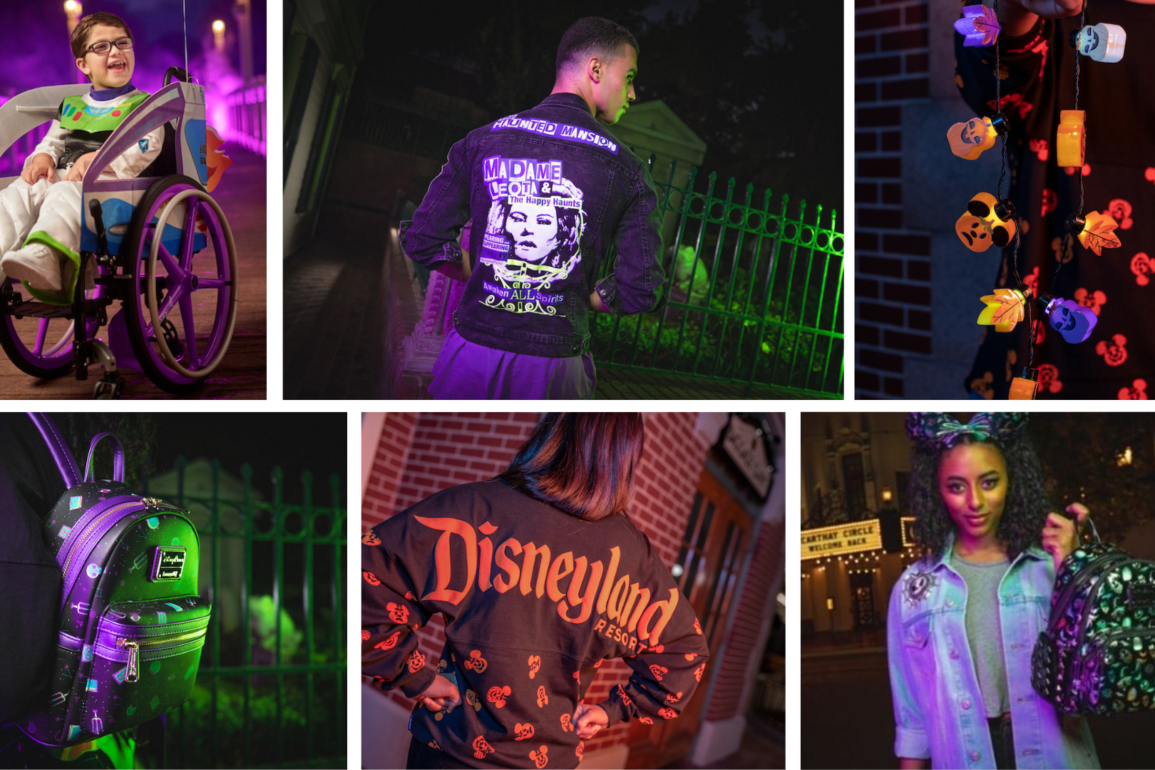 Despite the warm summer temperatures felt at Disneyland and Walt Disney World, “it’s not too early to start getting your closet ready with some spooktacular new looks,” according to Disney Parks Blog. Today, the site released a sneak peek of their new Halloween collection coming to Disneyland, Walt Disney World, and shopDisney in the coming weeks.

We found the Walt Disney World companion to this Spirit Jersey last week, but this is our first look at the Disneyland version.

We found the ear headband in the first release of merchandise, and we found a ballcap that accompanies the flannel in the second release last week.

We’ve seen the t-shirt in the parks before, but that cool denim jacket appears to be brand new.

A green variant of the Oogie Boogie Spirit Jersey is already available in the parks, but this denim jacket and those ears are brand new.

New wheelchair cover sets are coming to shopDisney and select stores at the resorts to complete some fabulous Halloween costumes. Sets include the Buzz Lightyear Spaceship cover, seen here, as well as Cinderella’s Coach cover set and the Incredimobile cover set.

We’ve already seen some of these charms in the parks, but others are new for the season.

Some of this is already available on shelves at Walt Disney World, as we saw last week. And there is even more merchandise that wasn’t included in the Disney Parks Blog post that we found in-park. Take a look at what’s coming up for your spooky season needs.

Will you be adding some frightful flair to your wardrobe this season? Let us know in the comments below. And for more like this, don’t miss the new Disney nuiMOs Halloween and Nightmare Before Christmas sets, and take a look at the brand new Disney Parks Harveys Halloween Collection that debuted today.