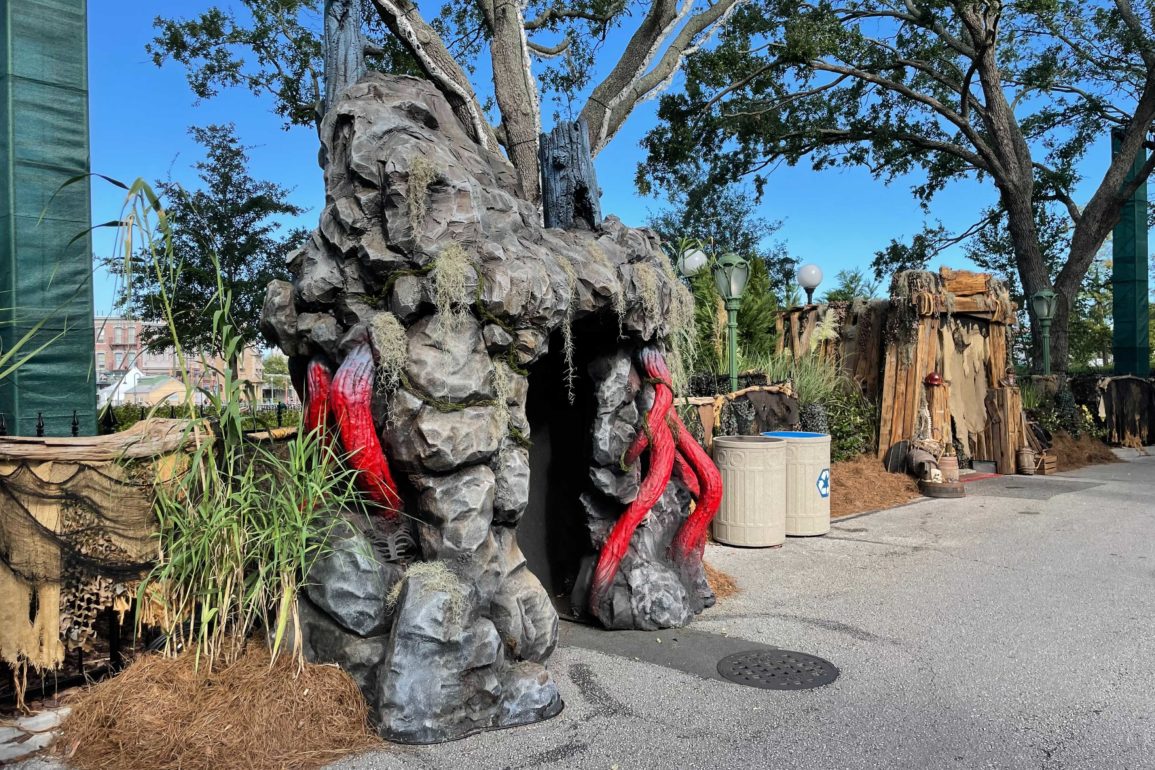 We are less than two weeks away from opening night for Halloween Horror Nights 30, and the scare zones continue to grow at Universal Studios Florida. More props have been added to Gorewood Forest in Central Park; let’s take a look!

Blood has been added to the roots that are creeping through this stone structure. Gorewood Forest is a location from Terra Cruentus, the fictional land ruled by the Terra Queen. Victims were sacrificed to the Gorewood Tree as part of the “Rituale de Blud” she conducted.

Spears have been added, covered with cloth. Traditionally, items that remain covered are often too scary or gory for regular operating hours.

Various crates and barrels have been added, covered in moss and skulls.

Skulls and mining tools have been added to the Cemetary Mines.

Thick fake roots have been strung up this tree, possibly designating it as the Gorewood Tree.

For more about the lore behind Halloween Horror Nights, follow our ongoing retrospective series “30 Years of Fear.”