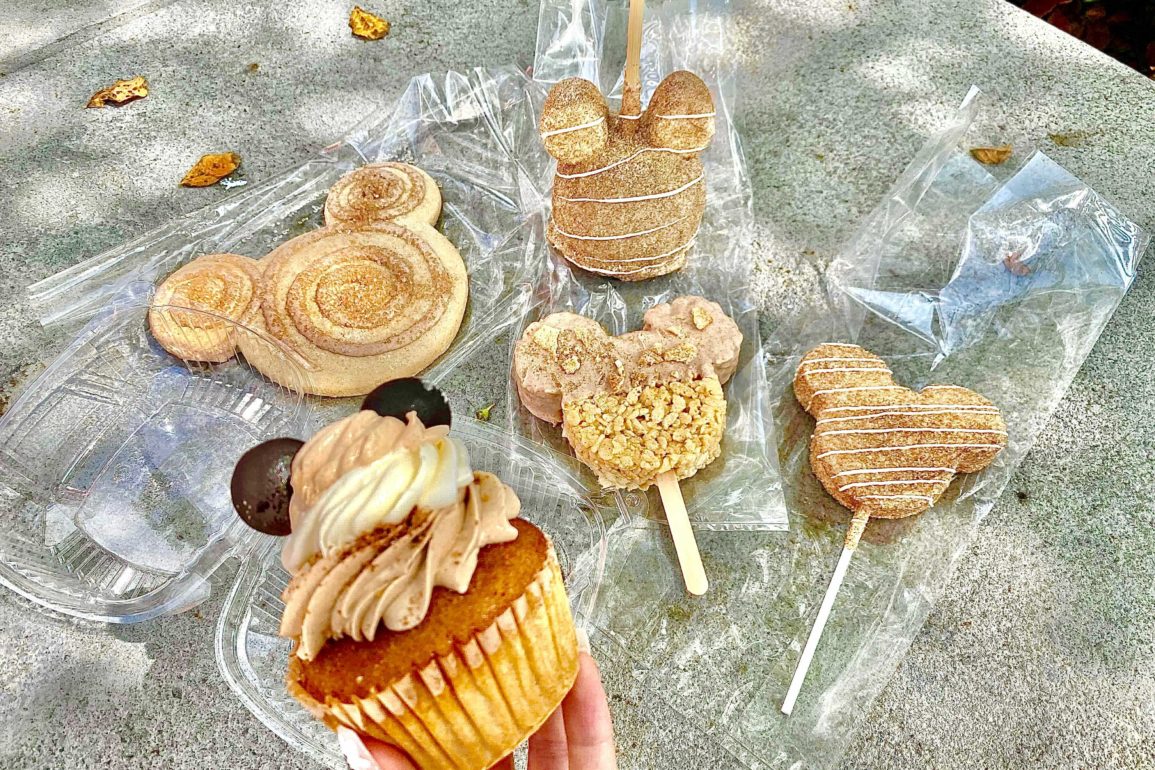 Among these tantalizing treats is a new line of churro-flavored items.

We picked up all five churro items for a very sugary snack time.

The cake itself has a subtle cinnamon flavor with cinnamon sugar on top that gives it a textured crunch.

The icing is a cinnamon and vanilla twist of buttercream topped with more cinnamon sugar.

The ears are chocolate wafers.

Even when getting everything in one bite, the cinnamon sugar doesn’t kick you in the face, and the chocolate ears add a nice break with their richness.

It’s a decent cupcake but nothing phenomenal.

Clear sugar crystals are dusted on top of this soft-baked cinnamon cookie. Not a sugar cookie—there is absolutely no sweetness to it.

The flour on the bottom gives each bite a powdery feel, which takes away from what you’re supposed to be tasting: cinnamon.

The cinnamon sugar icing has a strong but artificial churro taste to it that lingers in your mouth.

We wouldn’t get this one again.

The churro seasoning on this treat is great, tasting predominantly of caramel with a bit of cinnamon.

The churro taste pairs nicely with the sweet mallow.

We enjoyed this one, which makes for a slightly lighter treat compared to the others.

This is a green apple covered in caramel, icing, and cinnamon sugar, with marshmallow ears on top.

The caramel complements the cinnamon sugar and pairs great with the apple’s tartness.

It’s definitely for sugar fans as it’s pretty sweet, but the cinnamon and caramel are a match made in Storybook Circus.

This is a classic crispy with cinnamon icing and toast crunchies on top.

The cereal pieces were stale, which is a shame because they would have added a nice layer of crunch.

It was otherwise just a basic crispy with a touch of sweet cinnamon sugar.