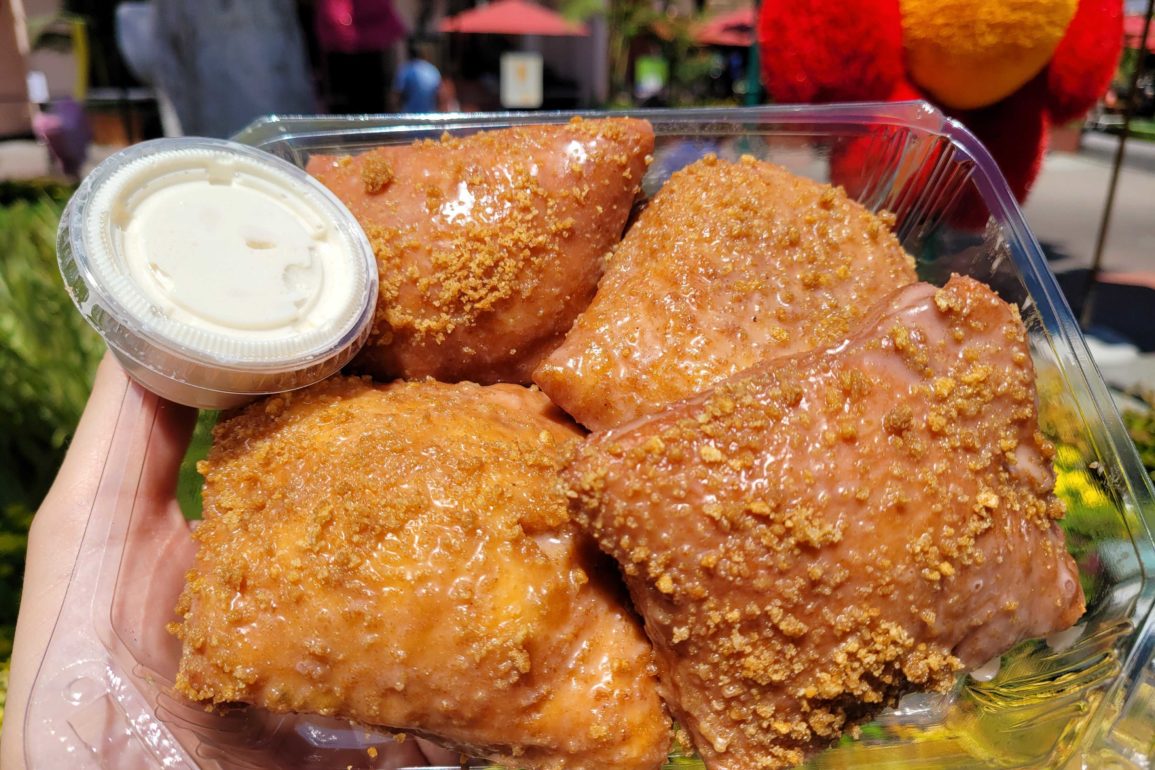 It’s no secret that we love beignets, and we also love s’mores. So when we heard that Ralph Brennan’s Jazz Kitchen Express at the Downtown Disney District had s’mores glazed beignets, we just had to try them!

The beignets, which come four to an order, are chocolate-glazed and topped with a honey graham cracker crust. To give it the full s’mores flavor, it comes with a marshmallow dipping sauce.

For $13.99, it’s a little pricy, but the beignets are quite sizeable, making this a great snack to share, or to eat all on your own!

When it comes to beignets, we usually find ourselves to be purists. Who needs more sugar on a beignet? But we surprising found this to be simply amazing.

The glaze gave the light, fluffy beignets just a hint of a crispiness, with a very subtle chocolate flavor. It was more of a sugar glaze more than a chocolate one, but it worked well.

They are very, very sweet, but if you’re in the mood for a nice kick of sugar to help you hit that second half of a park hopping day, this is exactly what you need. We would definitely get this again.

Previous
30 Years of Fear – A History of Universal Orlando’s Halloween Horror Nights: Lore to Know Before You Go

Next
PHOTOS: New Tip Board Beams Down to Tomorrowland in the Magic Kingdom