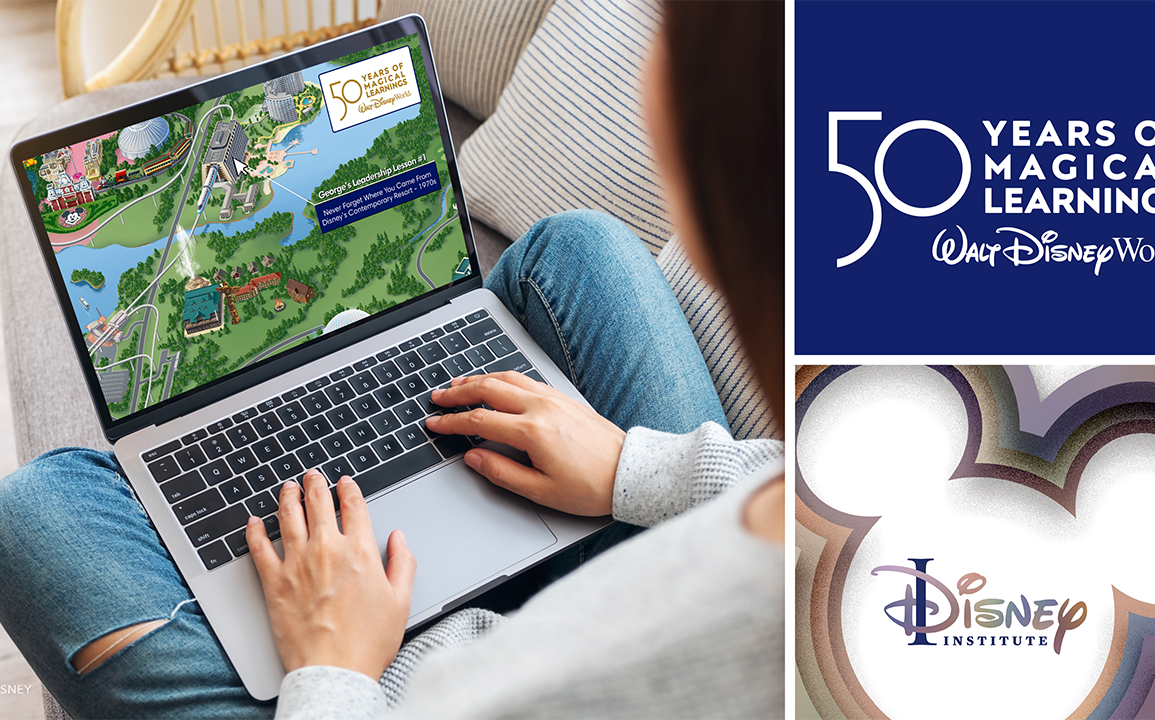 Disney Institute is introducing a new online course about the creation of Walt Disney World in honor of the resort’s 50th anniversary. In the “50 Years of Magical Learnings from Walt Disney World Resort” experience, users can click on various locations on an interactive map to take virtual lessons and get a behind-the-scenes look at the last five decades of Walt Disney World.

Users will get access to exclusive videos, downloads, and activities. They will hear from opening-day and current Cast Members, Disney executives, Imagineers, and operations leaders to learn how they continue to bring Walt Disney’s vision to life.

Users will get a look at “backstage” areas such as Disney University, where Cast Members go through training, and learn about the methods behind the magic.

Registration is now open for “50 Years of Magical Learnings from Walt Disney World Resort”. The first 20 lessons will be made available on October 1. More content will be added in the coming months, culminating in more than 50 lessons to explore during one full year of on-demand access.