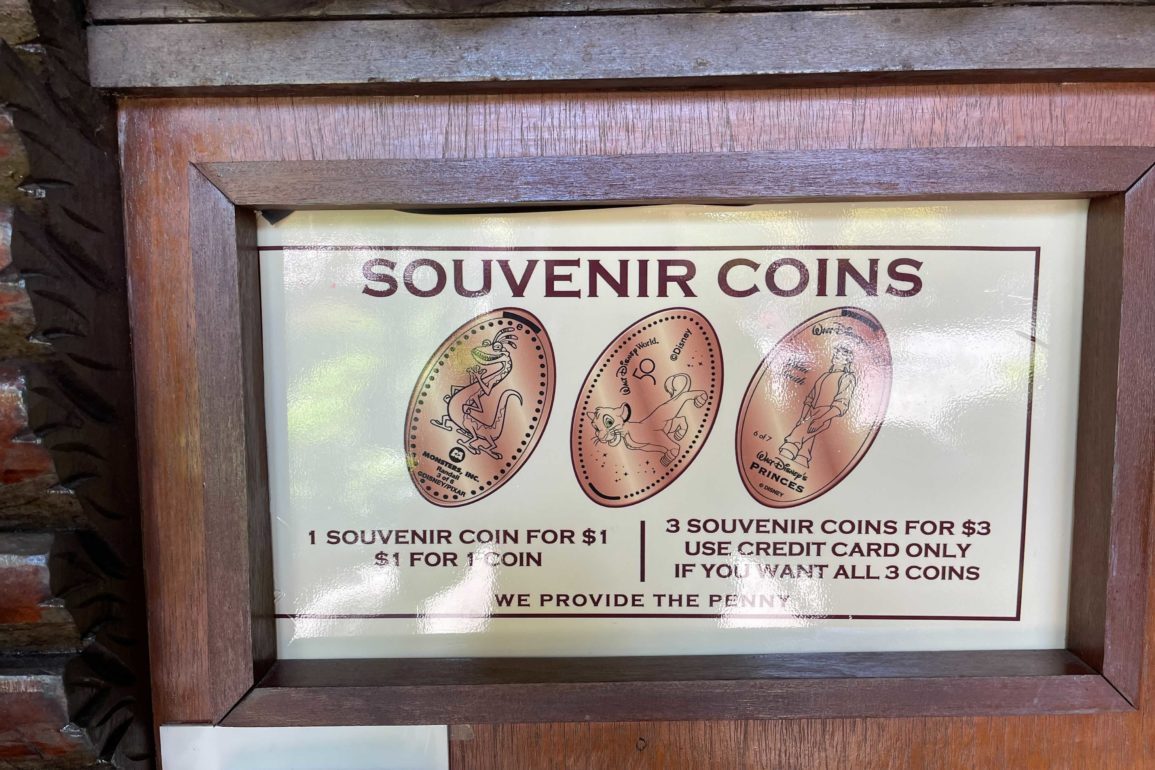 There are three designs available at each machine: two standard and one with the 50th anniversary logo.

Outside Island Mercantile, collectors can get a 50th anniversary penny featuring Dante from “Coco.”

The other designs in the machine are for Harambe and “Lilo & Stitch.”

In Chester & Hester’s, the pressed penny machine has a Pua 50th anniversary design.

The other two designs feature Aladar the Iguanadon and the Carnotaurus from DINOSAUR.

Are you a pressed penny collector? Let us know in the comments.