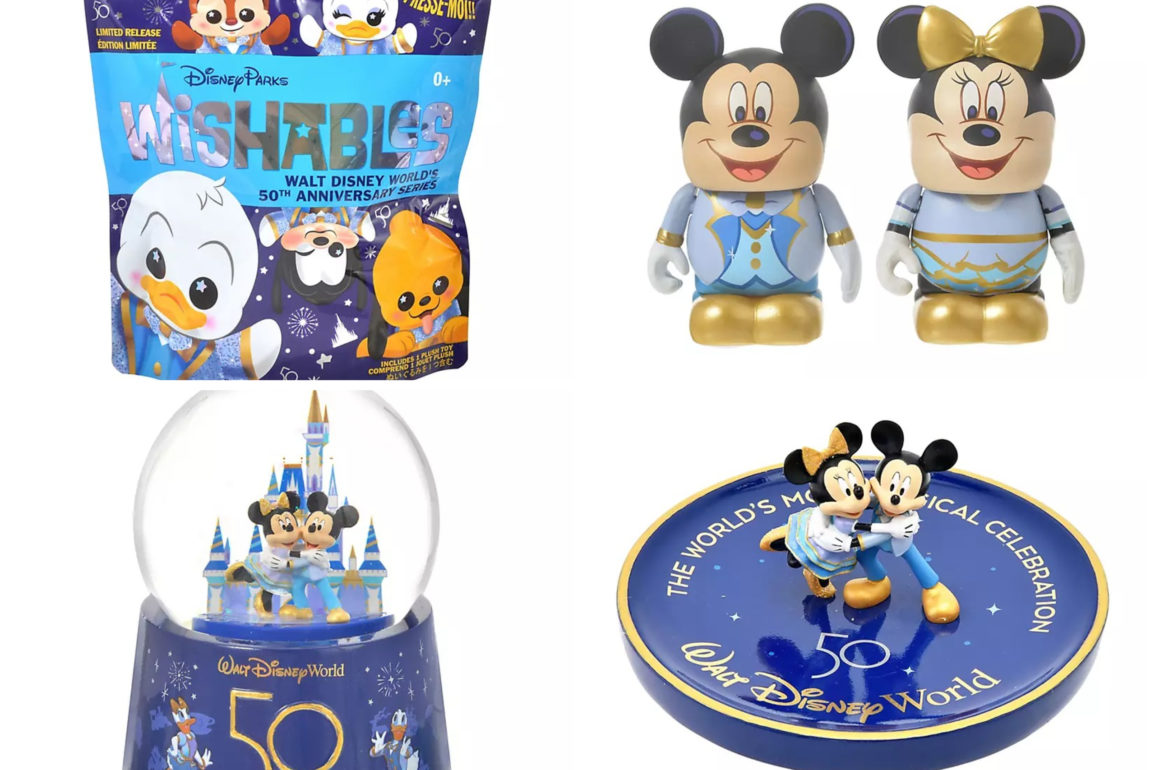 With Walt Disney World’s 50th Anniversary fast approaching on Friday, we were given a sneak peek at some of the new merchandise coming to the Vault Collection on October 1st earlier today. Now, we’ve also found some of the newer unreleased items in the Celebration Collection, including previously-teased Vinylmation, Wishables, new holiday ornaments, and more!

Note: These prices are indicative of how they will be sold in Japan, and may or may not be accurate to when they arrive at Walt Disney World in the future.

All of these items go on sale October 1st on the shopDisney Japan site, and we can expect them to arrive on or near October 1st at the Walt Disney World Resort as well! And of course, you can check out our full roundup of the other Celebration Collection items already available at the resort for everything else you may have missed. Will you be picking any of these up as they arrive at Walt Disney World? Let us know in the comments below.