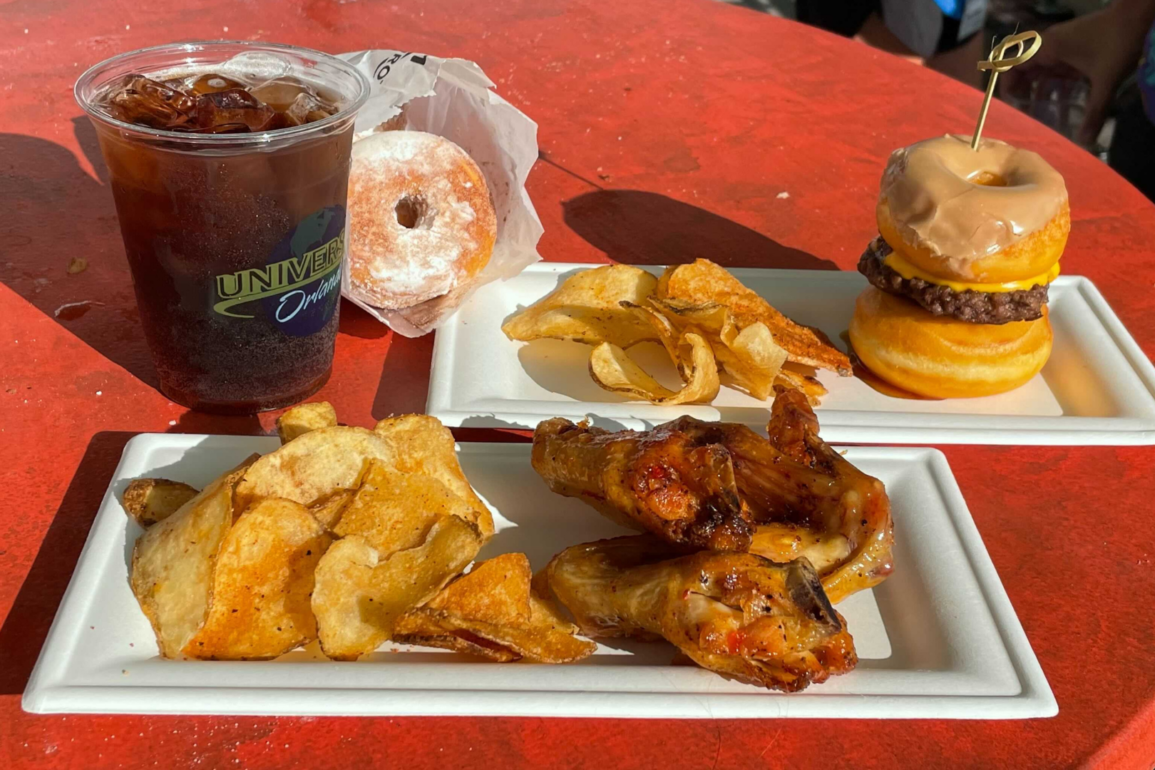 The donut slider is amazing, despite sounding strange. The burger patty, melty cheese, sweet bacon jam, and frosted donuts are a perfect combination.

We recommend taking a big bite to experience all the flavors at once.

The wings are easily the worst option at the booth. They are dry, with no real taste or flavor. Both wings had little meat.

The donuts are available in powered sugar and cinnamon. We ordered “half and half,” and that is exactly what we got.

Each donut was covered half in powdered sugar, half in cinnamon.

For the most part, we like this drink. One reviewer feels it was a bit syrupy.

Jack’s Place is located near Battery Park in New York, as indicated by the orange star on the map below.