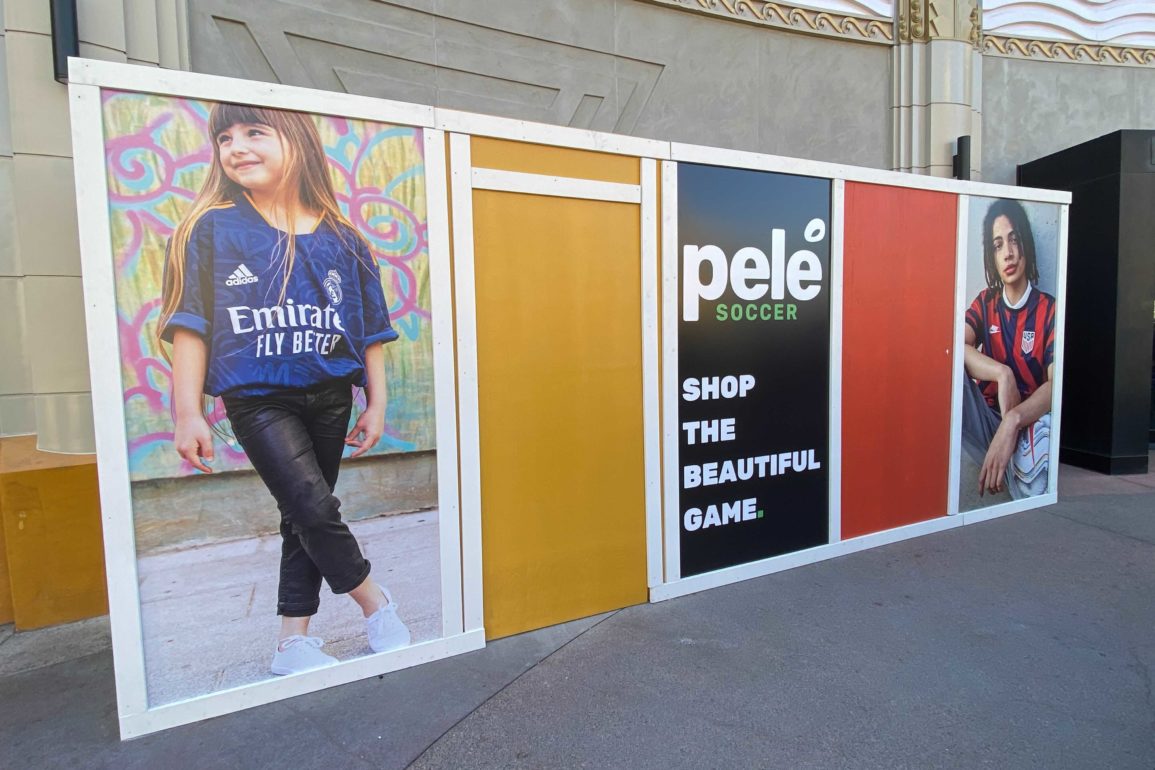 The kickoff has begun as Pelé Soccer prepares to debut at the Downtown Disney District.

We now know that the shop will open in the former site of The VOID. The construction walls have been up since April, though the virtual reality experience had been closed since July 2020, after it shut down suddenly following a breach of license from Walt Disney Studios Motion Pictures.

The shop, announced in August, will sell soccer jerseys from clubs and national teams from around the world, as well as gear including soccer balls, cleats, and accessories for men, women, and children. At Walt Disney World, the shop has been open at Disney Springs since 2014, where it previously went by United World Soccer, before being renamed in honor of the Brazilian soccer icon in 2017.