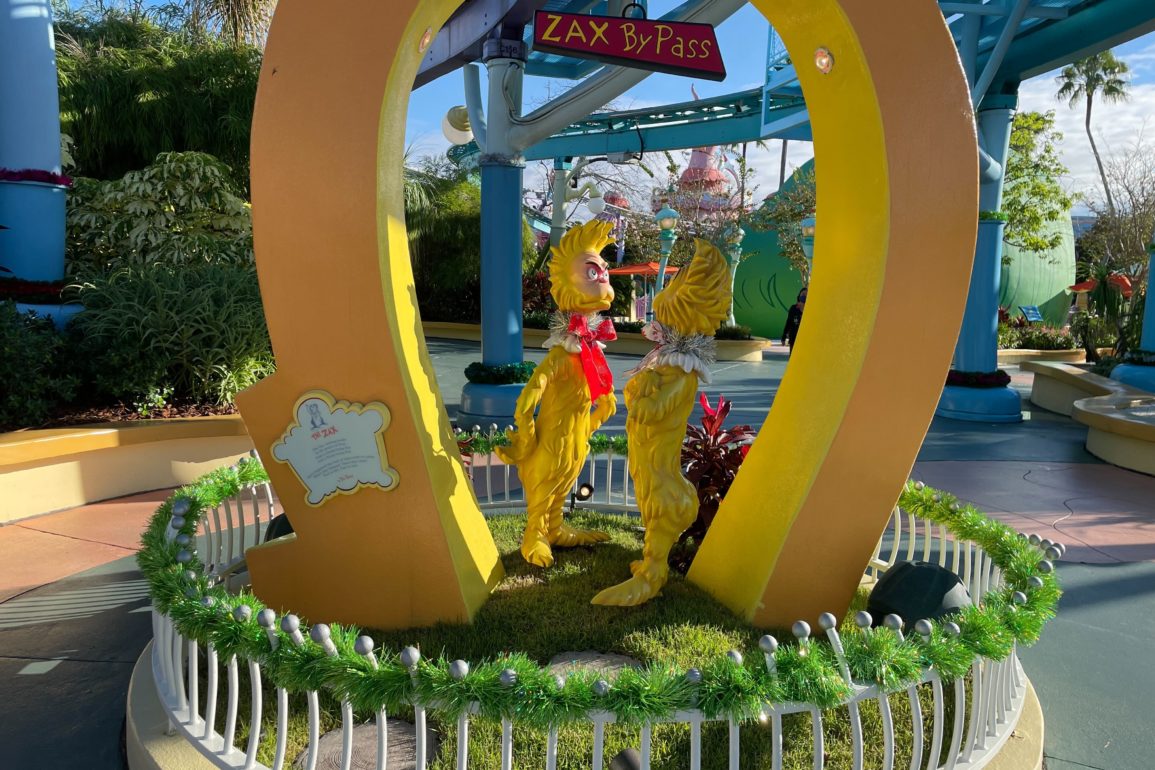 At Universal’s Islands of Adventure, Seuss Landing was the first area to start getting ready for Christmas — or Grinchmas. More Who-liday garland now adorns railings throughout the land, plus preparations have begun for the Grinchmas show.

This walkway will be opened up to lead guests to the Grinchmas show.

Different-colored garland now adorns almost every railing and lamppost throughout the land.

The railing around these trees is decorated with red garland.

The supports for The High in the Sky Seuss Trolley Train Ride! have green and red garland wrapped around them.

There’s also purple garland on some posts and railings.

This tree is surrounded with silver.

The main support for Green Eggs and Ham, Tater Tots, and Who Hash has some sparkly garland.

Every Seuss Landing character is dressing up for the season, from the Lorax to the Zax.

The Zax at the Zax Bypass are wearing silver tinsel and red bows.

The railing around the Bypass is also wrapped in light green garland.