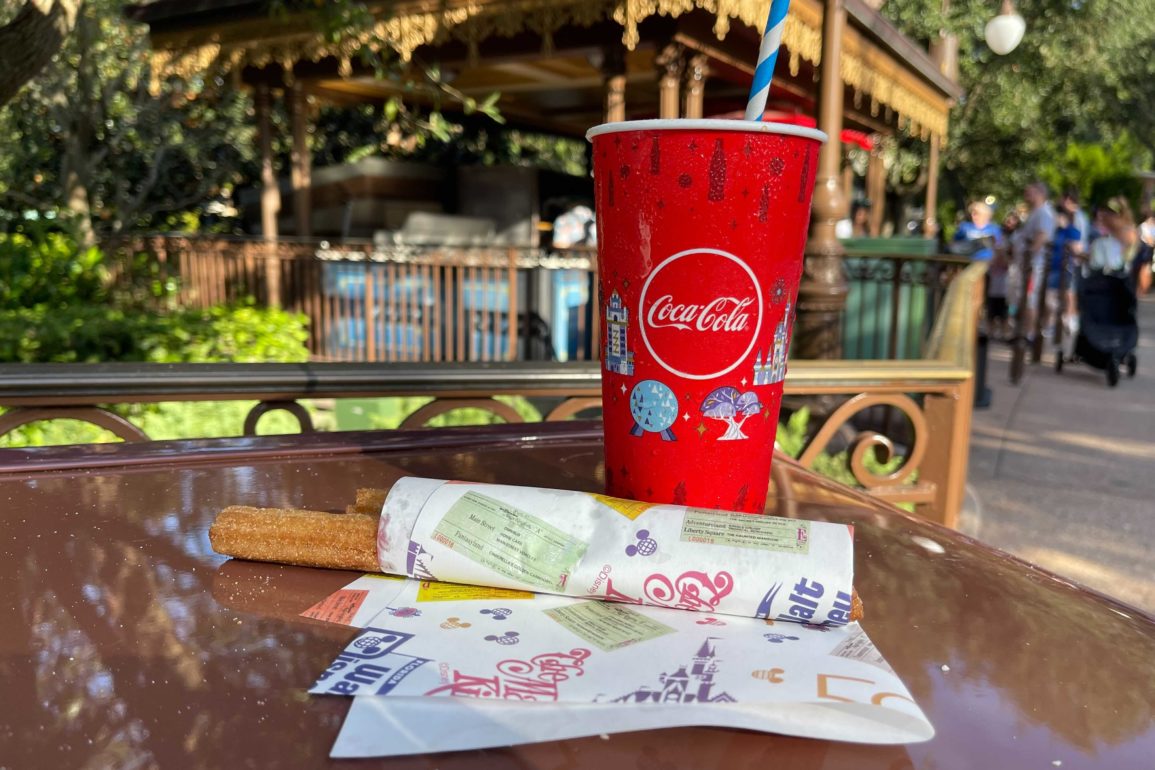 This paper cup can be found across property to celebrate the 50th anniversary. The design features simplistic renderings of the icons of each park which have become the Beacons of Magic, styled in the anniversary colors. These designs are bordered on the bottom by Disney characters and on the top by Coca-Cola bottles.

These paper wrappers are used to serve churros and other hand-held foods from carts. The design pays homage to the history of the Magic Kingdom with vintage logos, ride tickets, and more.

Do you love the designs on the new disposable cup and paper wrapper? Let us know in the comments below. For more from the 50th anniversary celebration, check out another new cup that has recently debuted, and don’t miss this complimentary poster that is being handed out in the Magic Kingdom today.

Next
REVIEW: Take a Jolly Trip Back in Time to Mr. Toad’s Wild Ride with 3 New Items at Friar’s Nook in the Magic Kingdom