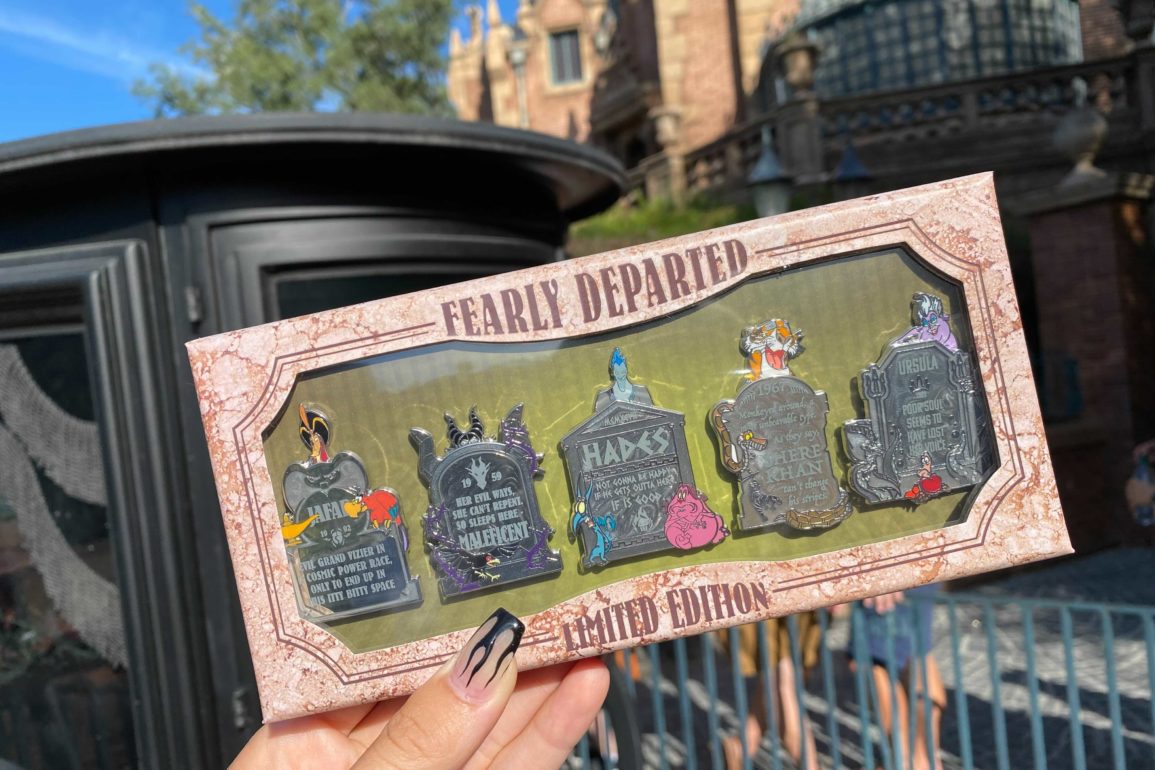 There are five pins in total, with four of them available individually and one of them only available in the set.

Each pin resembles a tombstone for a Disney Villain, with the year of their death as the movie’s release date year.

The Disney Villains themselves pop out from behind the tombstone as a slider.

The villains included are Jafar, Maleficent, Hades, and Shere Khan.

Ursula is exclusive to the set.

Here’s a look at her sliding up and down, making Sebastian look worried.

Pain and Panic are also on the Hades pin, which reads “Not gonna be happy if he gets outta here. If is good.”

The Hercules release year (1997) is in Roman numerals at the top.

The epitaph reads “Monkeyed around, a most unbearable type. As they say, Shere Khan can’t change his stripes.”

Maleficent’s tombstone has her crow, with purple thorns growing around it.

It reads “Her evil ways, she can’t repent. So here sleeps Maleficent.”

Iago and the Genie’s magic lamp are perched on Jafar’s pin, which reads “Evil grand vizier in a cosmic power race, only to end up in this itty bitty space.”

Each of the individual pins have a limited edition size of 5,000.