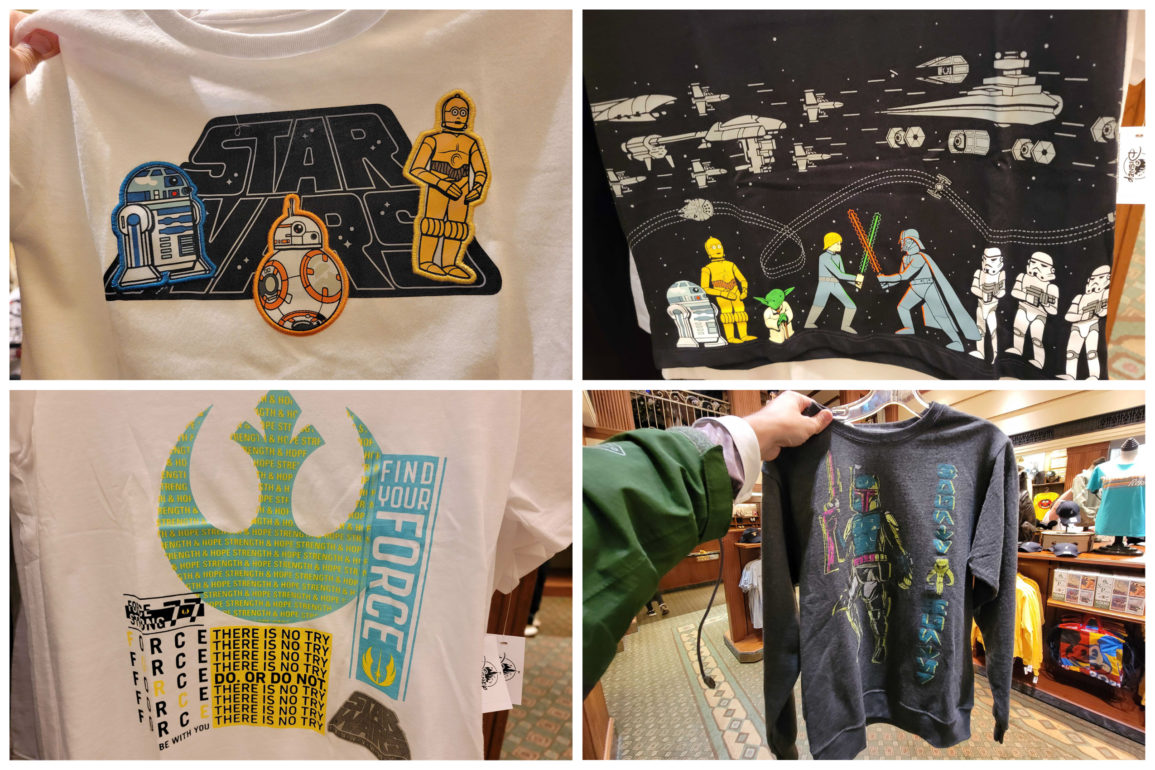 Like death, taxes, and Thanos, new “Star Wars” merchandise coming to the Disneyland Resort seems to be eternally inevitable. We spotted five new arrivals, each featuring their own unique styles and characters.

The shirt features Boba Fett in a neon color palette with “bounty hunter” written in Aurebesh.

This hooded sweatshirt features art of an X-Wing along with its model number and in-universe manufacturer, almost as if a nod to a fictional advertisement.

This white shirt is overlaid with what amounts to a word cloud with quotes from the different “Star Wars” films. A retro “Star Wars” logo is in the bottom right corner.

This shirt features art of a battle between the Empire and the Rebel Alliance, with Luke Skywalker and Darth Vader engaged in a lightsaber battle and flanked by Stormtroopers on the right and R2-D2, C-3P0, and Yoda on the left.

This white shirt features a retro “Star Wars” logo as well, with designs of R2-D2, C-3P0, and BB-8 as if they were sewn-on patches.

All five of these apparel items are on sale now at Elias and Co. at Disney California Adventure, and we’re sure to see them around the rest of the resort in no time. Are you looking to add yet another “Star Wars” shirt to your wardrobe? Let us know in the comments below!