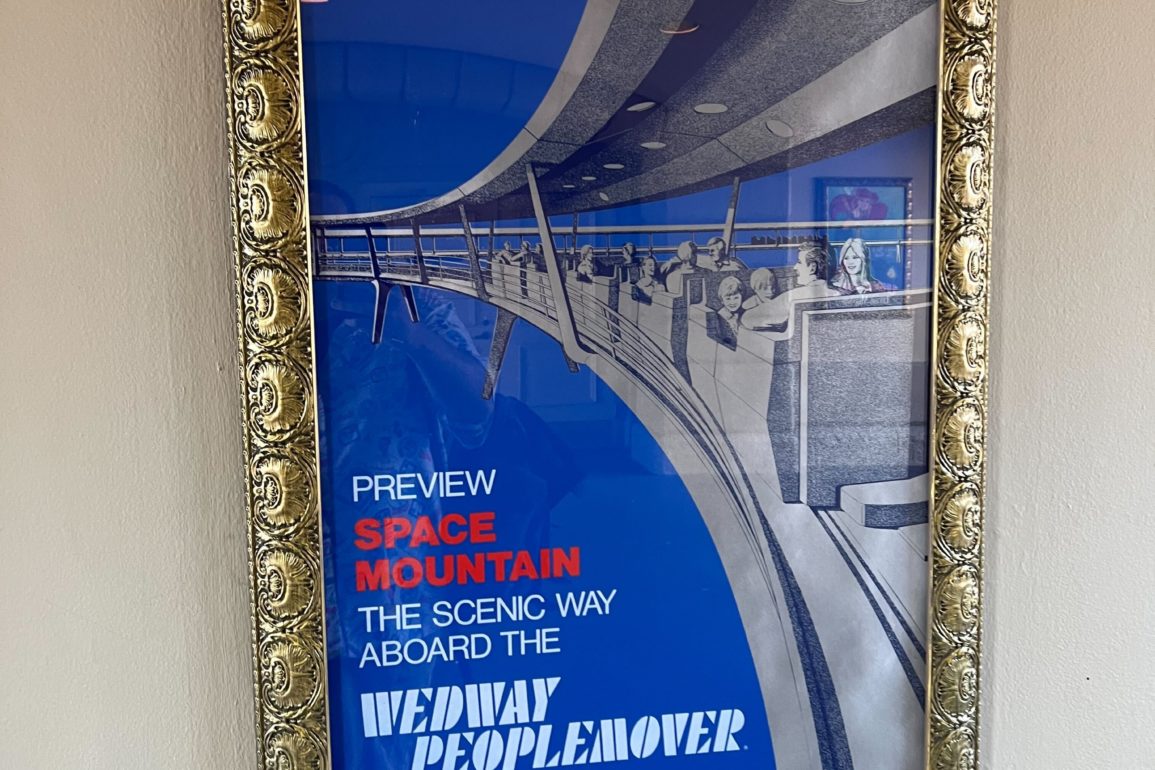 Guests entering Magic Kingdom this morning for the park’s 50th anniversary were greeted with a nostalgic surprise beneath the Main Street, U.S.A. train station. Many of the posters in the entrance tunnels have been replaced with vintage 1970s posters.

These are all the same posters guests visiting 50 years ago may have admired. In the photo above are posters for Pirates of the Caribbean, Space Mountain, “it’s a small world,” and Mad Tea Party. Posters for newer attractions have not been replaced.

Here are posters for Swiss Family Treehouse and the Grand Prix Raceway, now known as the Tomorrowland Speedway. The vintage posters are all for attractions that still exist in the park.

This retro-style Jungle Cruise poster has been in the tunnels for some time now. It features a few changes reflecting the recent reimagining.

The poster for Dumbo the Flying Elephant was not changed to its original 1970s version because that would have advertised it as being in Fantasyland, not Storybook Circus.

Of course, Country Bear Jamboree also has a poster in the tunnels.

There is an entirely new poster for “Disney Enchantment,” which debuted via live stream last night, and will be seen by guests in person tonight. The “Disney Enchantment” poster features Cinderella Castle lit up, with Pixie Dust and fireworks around it, and the words “You are the magic” at the bottom. The castle does not have its 50th anniversary decorations in the poster because “Disney Enchantment” will stick around after “The World’s Most Magical Celebration” is over.

A poster specifically for “The World’s Most Magical Celebration” was added to the tunnels earlier this week.

The posters were also updated for Peter Pan’s Flight and the Tomorrowland Transit Authority PeopleMover, which was originally called the Wedway PeopleMover.

This poster even advertises a preview of Space Mountain, which opened in 1975.

There’s a vintage poster for The Crystal Palace.

All of the vintage posters have the original Walt Disney World logo at the bottom.

Whereas posters for newer attractions have a different Walt Disney World logo.

The Hall of Presidents poster remains the same.