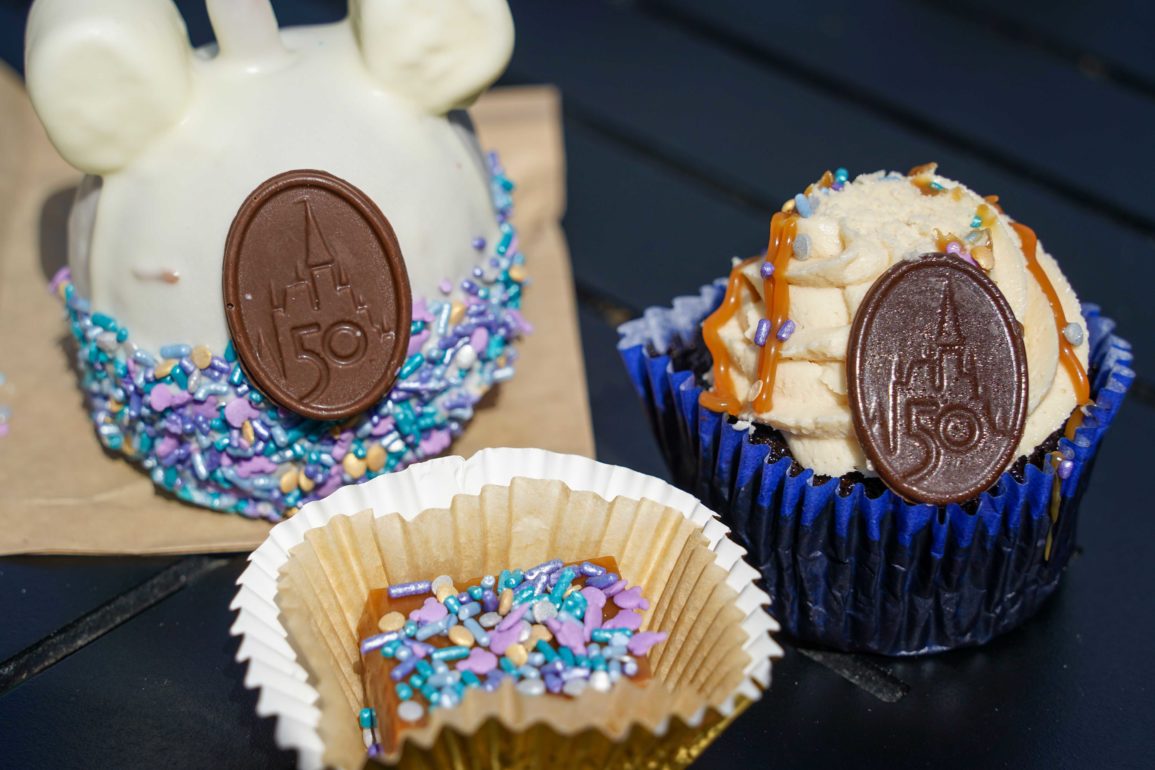 Guten tag from EPCOT! The World’s Most Magical Celebration is underway with over 150 special food and beverage offerings for Walt Disney World’s 50th anniversary. Even Karamell-Küche at the Germany Pavilion is getting in on the fun with a trio of specialty items!

Unfortunately, two of the three were good items made worse by the addition of flavorless sprinkles, while the third is spared by using as few EARidescent sprinkles as possible. Let’s see what’s good, and what shouldn’t have been invited to the party.

The caramel apple is beautiful. The colored sprinkles accent the white chocolate shell, which sits atop a more standard Werther’s Original caramel apple.

The apple itself was fresh and ripe and remained crunchy and juicy. The addition of all the sugary elements, though, totally overpowers the caramel and truly makes it more akin to eating cheap candy.

If you want this for looks, go for it, but for taste, stick with the original.

Just like the apple, it adds a little flair but ultimately degrades the taste.

The cupcake is the only worthy item of the three, and that’s because it’s little more than a Werther’s Original cupcake with a chocolate emblem, with only a small amount of sprinkles added.

The rich chocolate base was dense and moist, which paired perfectly with the caramel buttercream icing.

The chocolate medallion and salted caramel drizzle on top were nice additions that accented the cupcake, and the very minimal amount of sprinkles on top were (thankfully) unnoticed.

While this may be the least dazzling of the three items, it is by far the best.

Overall, this wasn’t what we had hoped for from two of the three items, and they presented some odd choices by what is essentially a professional candy company.

Next
REVIEW: Celebrate 50 Years of the Country Bears With Wendell’s Bear Claw From Westward Ho at the Magic Kingdom