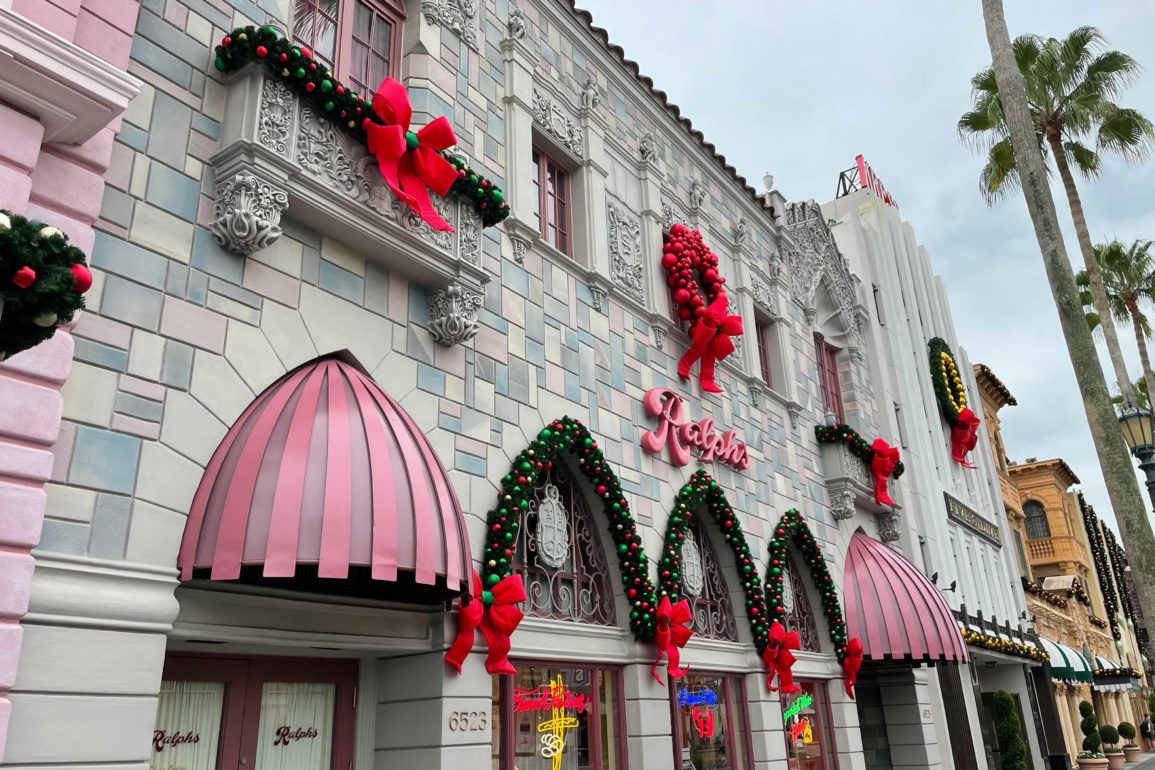 With Halloween Horror Nights finally concluding its spooky run, it’s time for the holiday season to take over at Universal Studios Florida. Sure enough, we spotted plenty of new and festive decorations around the Hollywood area of the park today!

Wreaths flank the entrance to the Pantages Theater facade.

Lots of garland and even some hanging starts outside of the UOAP lounge entrances.

The Ralph’s facade is lined with garland and accented by oversized red bows.

Little Christmas trees made of ornaments have made their home on the ornamental balconies about the Universal Studios Radio Broadcast Center.

Facades near The Bourne Stuntacular are in the holiday spirit as well with wreaths lining ornamentations on one building, and garland running down the sides on another.

No shortage of ornament-filled wreaths on windows in Hollywood either.

Some awnings even have little star bursts hanging off them.

Williams of Hollywood also has garland lining each archway as well as wreaths in most windows. The decorative balconies above the entrance also have strings of ornaments hanging off the top.

Strings of ornaments also hang off the garland on the Montmartre facade.

Light posts along Hollywood Boulevard also have new LED lighting attached to them similar to a small town’s Christmas decorations, and both lights have Santa hats on top as well.

Stay tuned to UPNT as the Universal parks worldwide transition into the holiday spirit, we’re looking forward to seeing the lights aglow later this month and next.