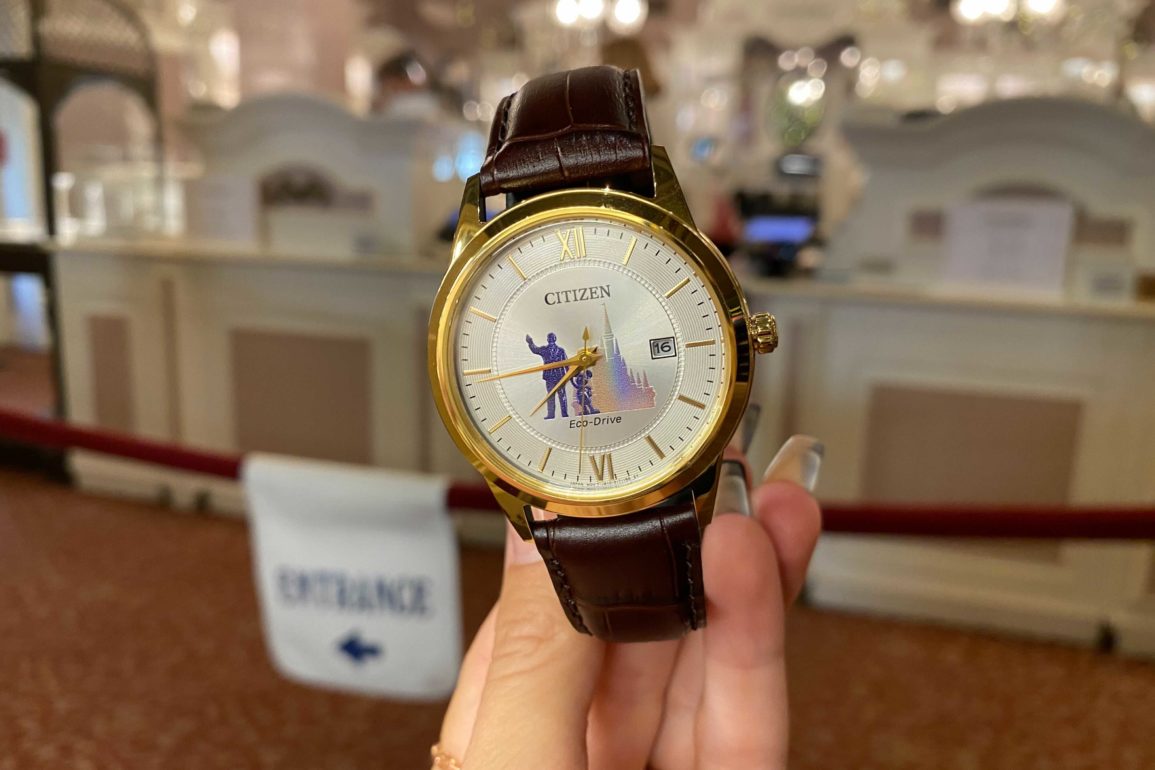 In honor of the 50th anniversary of Walt Disney World, Citizen has released a new watch design featuring the Partners Statue with an EARidescent Cinderella Castle.

We found the watch at Uptown Jewelers in Magic Kingdom.

The Partners Statue and Cinderella Castle are in silhouette on the watch face.

The hands, numbers, and exterior frame are all gold.

The band is brown.

The buckle is also gold and features the Citizen logo.

These are Eco-Drive watches, meaning they are powered by light.

Next
PHOTOS: ‘Grinchmas’ Signs Arrive at Seuss Landing in Universal’s Islands of Adventure