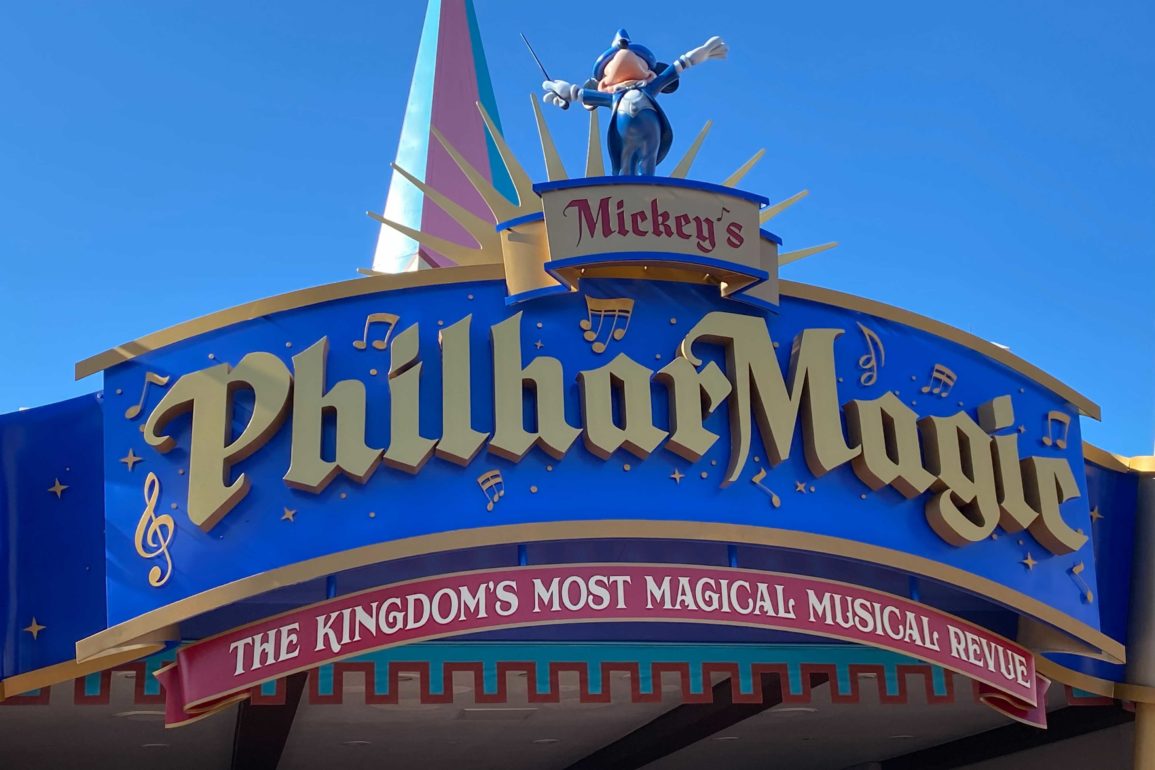 Although Mickey’s PhilharMagic at Magic Kingdom has already reopened following a refurbishment, the attraction’s marquee is still under construction. The colors of the marquee have been switched, with the sign now blue and the lettering gold. A dark pink banner has now been added hanging from the marquee.

The banner reads “The Kingdom’s Most Magical Musical Revue” in white lettering. This is in reference to the “Mickey Mouse Revue,” the original show housed in this theater. Mickey Mouse Revue opened with Magic Kingdom on October 1, 1971, and closed in 1980.

Like the rest of the marquee, it has gold on its edge.

The three-dimensional music notes and stars have also been painted gold.

The show’s complete name has yet to be added back to the sides of the marquee.

REVIEW: Delicious Fresh Ratatouille Ravioli at Ballast Point in Downtown Disney District for Disney ...April 4, 2022
Work Continues on Base of New Structure at Journey of Water Inspired by 'Moana' in EPCOTMarch 11, 2022
Governor DeSantis Wants State of Florida to Take Over Reedy Creek Improvement District Rather Than L...May 16, 2022