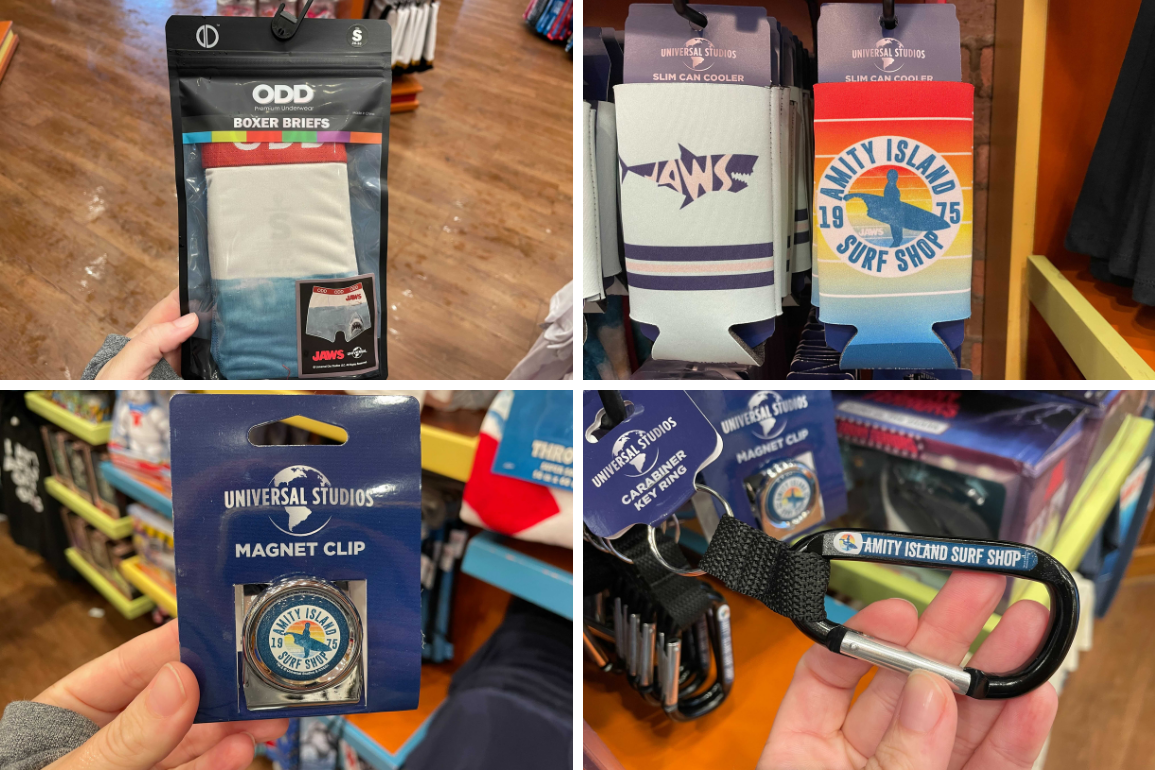 The carabiner clip has the Amity Island Surf Shop logo.

Black nylon webbing connects the carabiner to the key ring.

The artwork shows a bite taken from the surfboard. The “1975” refers to the film’s premiere.

A magnetic back allows the clip to be attached to a metal surface.

Both designs are now available to fit slim cans. Previously, only regular size koozies were available.

We found all four items at The Film Vault in Universal Studios Florida.