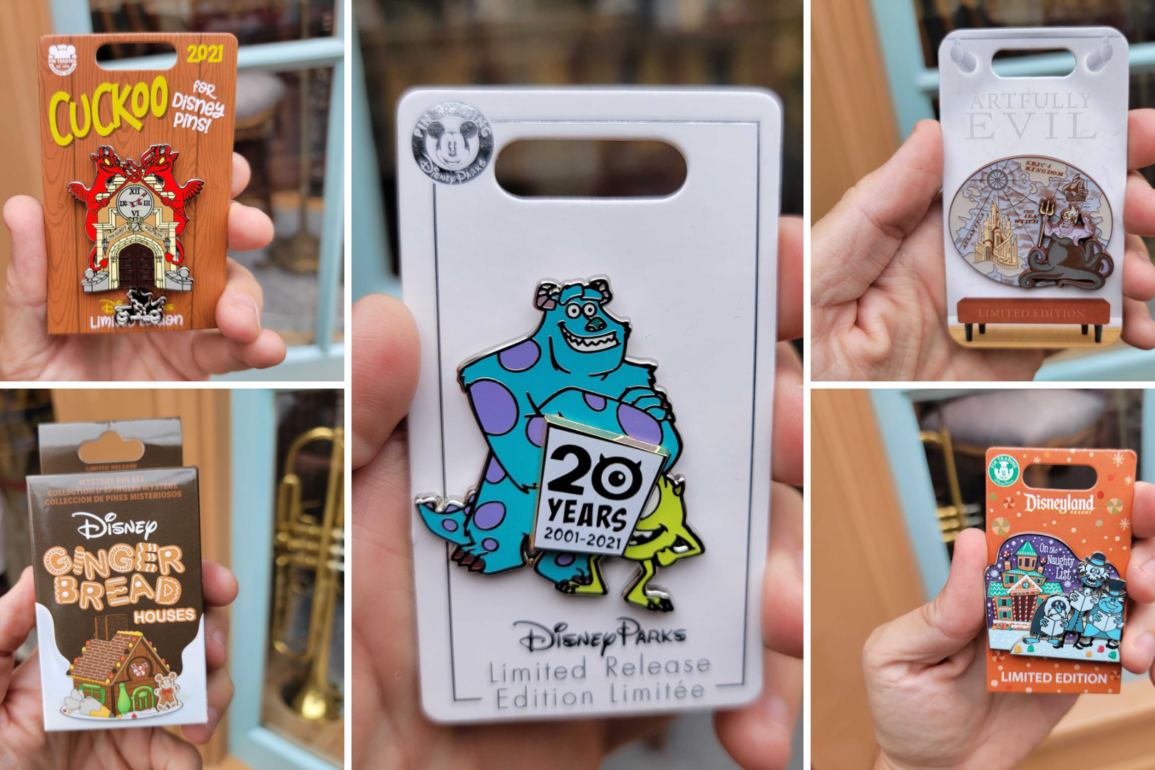 One of these boxes includes two pins out of 12.

This pin features the Haunted Mansion as a gingerbread house with the Hitchhiking Ghosts caroling in front of it.

This Mr. Toad’s Wild Ride pin is the latest in the “Cuckoo for Disney Pins” series.

For this new “Artfully Evil” pin, the sea witch Ursula is on a map of Atlantica and Eric’s Kingdom.

This is the first pin for Disney’s upcoming film “Encanto.”

Each of the limited edition pins above have an edition size of 3,000.