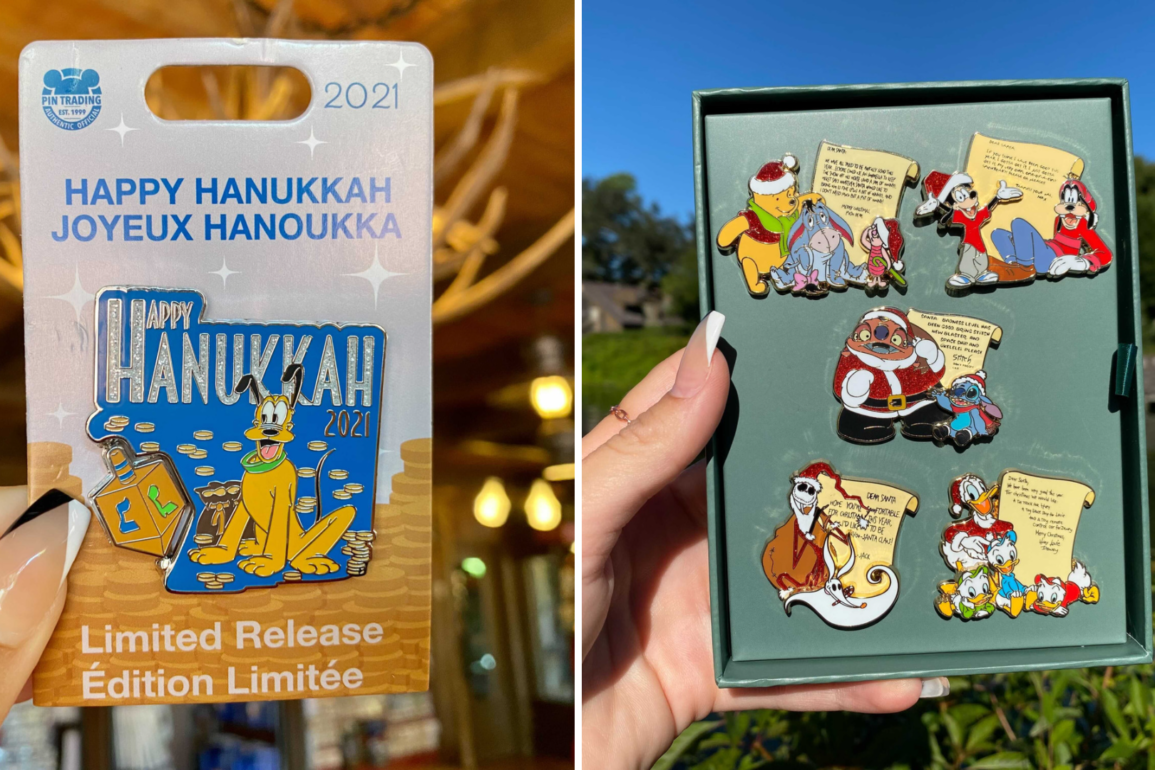 A new limited release Hanukkah pin and a series of limited edition “Letters to Santa” pins are now available at Walt Disney World. We found them in Frontier Trading Post at Magic Kingdom.

This Hanukkah pin features Pluto playing with a dreidel.

The dreidel actually spins and has red and blue on the other side.

Each of these “Letters to Santa” pins has a limited edition size of 4,000.

This pin features Goofy and Max as they appear in the 1999 film “Mickey’s Once Upon a Christmas.”

The letter to Santa is the one Max writes in film, wishing for his “very own, one-of-a-kind skateboard!”

Jack Skellington and his pal Zero appear on this pin.

Jack has written a letter to Santa saying “I’d like to be you–Santa Claus!”

Winnie the Pooh, Eeyore, and Piglet are getting ready for Christmas.

Pooh Bear’s letter asks Santa for an umbrella for Eeyore, “whatever Santa would like to bring” Piglet, and a few jars of “hunny.”

Donald is dressed as Santa alongside Huey, Dewey, and Louie on this pin.

Their letter to Santa asks for the same gifts they also get in “Mickey’s Once Upon a Christmas.”

This pin set includes the four pins that are sold individually, plus one mystery pin.

The mystery pin is Stitch and Jumba.

Stitch claims his badness level has been good in his letter. He asks for a new blaster, spaceship, and a ukelele.