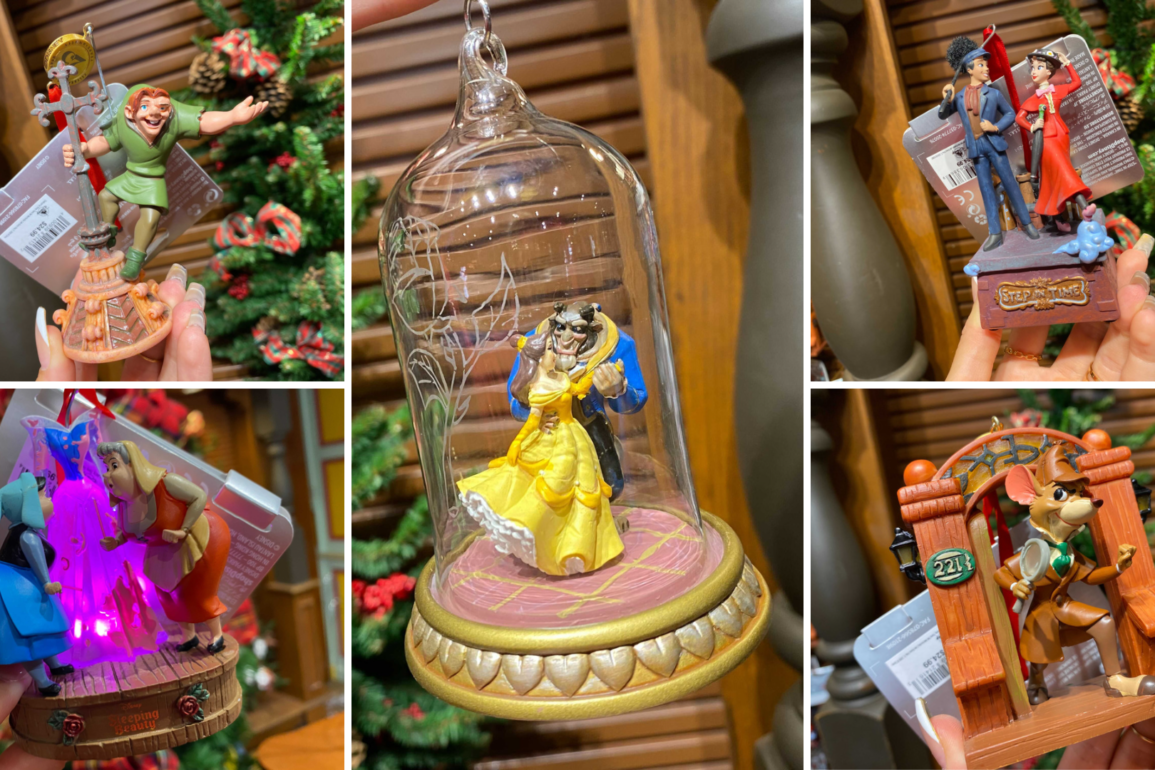 PHOTOS: New Sketchbook Ornaments For ‘Atlantis,’ ‘Beauty and the Beast,’ ‘Cars,’ ‘Fox and the Hound,’ and More at Walt Disney World

A collection of Legacy ornaments celebrate different film anniversaries. This ornament is in honor of the 20th anniversary of “Atlantis: The Lost Empire.”

This year marks the 70th anniversary of “Alice in Wonderland.”

Each Legacy ornament has a small charm indicating the anniversary.

“The Hunchback of Notre Dame” is turning 25.

“Beauty and the Beast” came out 30 years ago.

The first “Cars” film was released 15 years ago.

“One Hundred and One Dalmatians” turned 60 this year.

This “Sleeping Beauty” ornament features Flora and Merryweather arguing over the color of Aurora’s dress.

The dress is transparent with pink and blue splatters on it.

The dress lights up as either pink or blue.

This ornament features Mary and Bert from “Mary Poppins” and plays the melody of “Step In Time.”

This “Lilo & Stitch” ornament plays music from the film.

Buzz and Woody peek out of the windows.

The Pizza Planet rocket and the truck’s lights illuminate.

For some extra holiday cheer, this ornament features Chip and Dale wearing Santa hats in an acorn.

Finally, this ornament recalls the opening sequence of “Star Wars: The Empire Strikes Back” when Luke Skywalker is attacked by a wampa.

Next
PHOTOS: Framing Added to Structure Near TRON Lightcycle Run at Magic Kingdom