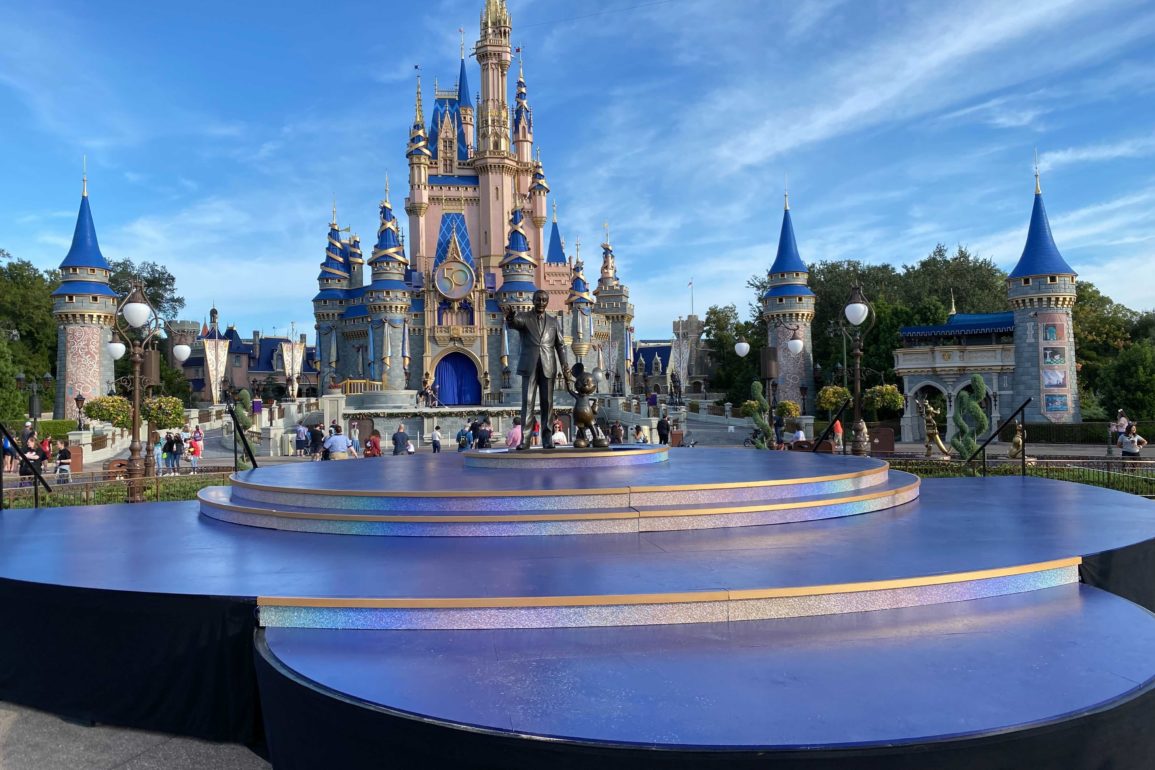 The temporary stage around the Partners Statue in Magic Kingdom has been expanded to include more levels.

The top of the stage is also now an EARidescent blue, with gold trim around each short level.

The area is blocked off from guest access, but pictures of the statue with Cinderella Castle are still easy to get.

The stage is in place for the Disney Parks Magical Christmas Day Parade, which airs on Christmas Day on ABC. Filming begins tonight at the Magic Kingdom.

The supports of the stage are covered in a black curtain and there are two sets of stairs for performers.