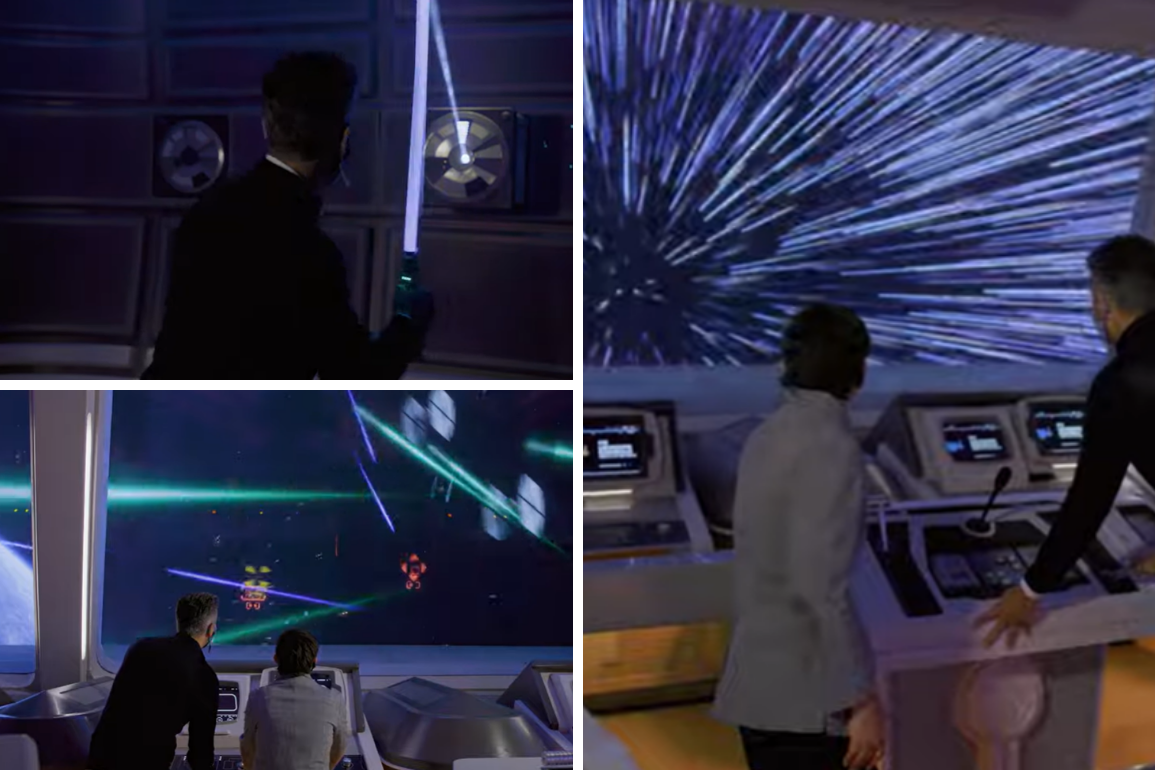 Today during Destination D23, Disney shared a sneak peek at what guests onboard the Star Wars: Galactic Starcruiser can expect during the lightsaber and bridge training activities. Let’s break down the video and see what the experiences will involve.

Disney Parks, Experiences, and Products President Josh D’Amaro heads first to the lightsaber training room and is given a saber. These lightsabers look similar to those you can purchase at Galaxy’s Edge.

The trainee then faces the wall where they will be put through their paces by a device similar to the one Luke trains with in “Star Wars: A New Hope” (though sadly, this one does not hover around).

Here’s a closer look at the training device, which shines a laser for the guest to “deflect” with their lightsaber.

Next, D’Amaro moves on to the bridge of the Halcyon, where he is recruited to help out. The official description for bridge training says that “the crew will teach you how the navigation, power, defense and other critical systems keep the Halcyon starcruiser safe from unforeseen galactic entanglements. These skills may even come in handy should critical situations arise later in your voyage!”

The bridge has many stations where guests will learn the ins and outs of the Halcyon.

Here we can see one of those “critical situations” where the guests may have to defend the Halcyon from the First Order. Using a joystick and targeting system, guests can fire back on the TIE Fighters.

Lastly, D’Amaro gave a demonstration of moving the ship to hyperspace.

Just like in the movies, pulling the lever sends the ship into hyperspace, complete with the iconic view of the jump.

Watch the full video below.